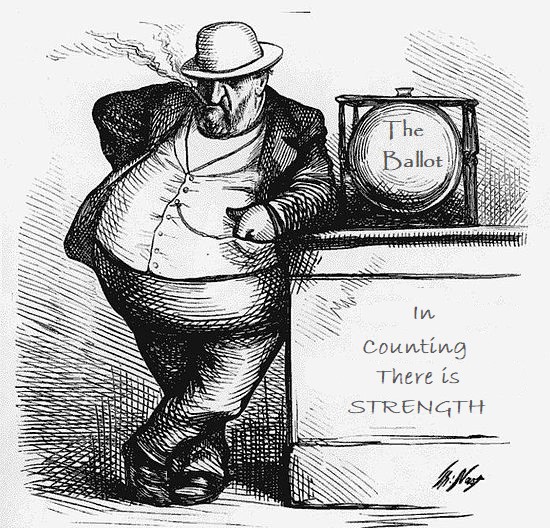 The 2020 election is thirteen months off.  The nation has been focused on issues of corruption and impeachment.   And patriots across the country wonder exactly what they can do to help ensure a fair and honest election, besides posting memes and re-tweeting tweets.   The answer:  a lot.  And now is probably the time to begin working on it.

The American voting process was never designed to be something  “they” allowed “us” to do.   It was always intended to be the hands-on process of citizens deciding themselves who will govern.   Without active participation of every citizen, in some capacity, we risk losing the very essence of what it means to be a free and independent people.  And we want – we need – to win.

Here are some practical steps you can take:

VOTE!   Decide, beyond a shadow of a doubt, that you are going to vote.   Find out where your polling place is and when it will be open.   Make sure you are registered to vote, and if you’re not, take the appropriate steps with your city or town.   Find out who is running for Congressional seats in your district.   As of Fall 2019, many candidates have not yet announced; make it a point to watch local news or to call periodically to see who is running as a conservative – and who is running opposed.   If you think voting isn’t all that important, consider this:  only 39% of registered Republicans in my New England district bothered to vote for the House seat in 2018, and thus, that seat remained firmly in Democrat control.   And that scenario is often repeated across the country.  Turning out to vote really DOES make a difference.

“Bad officials are elected by good citizens who don’t vote.”

Resources to help you:  my first and best choice would be Ballotpedia.   Virtually anything you want to know about elections, past, present and to come, and pertinent issues, are summarized there.   It’s a gold mine of voting information.

Consider becoming a poll worker.   It’s a very short-term gig with possibly long-term impact.   The old adage claims it’s not who casts the votes that matters but he who counts the votes.   We scream and tweet and fret about voter fraud but the most hands-on way to reduce voter fraud is for good people to be part of the process.  Requirements for poll workers differ from state to state.   Check with your local Republican party if you are interested.

Consider becoming a poll watcher or challenger.   Election laws differ from locale to locale but most allow individuals who are not official poll workers to observe the process in a semi-official capacity to ensure the election is fair.   Most states allow individuals to challenge the right of another voter to vote, especially if there is some evidence that the prospective voter is not qualified.   Again, the regulations covering poll watchers and challengers differ across the nation and you will need to do your own homework.   But this is a way to be a valuable part of the process, help ensure fairness in elections and reduce fraud.

Resources to help you:  Poll Watch Qualifications  (National Association of Secretaries of State):   this state-by-state listing provides good information on state regulations for poll watchers and challengers.  Another good resources is Policies for Election Observers, put out by the same group.   If you have further questions, you can go to your Secretary of State, who certifies elections.   A listing of all Secretaries of State can be found here.

Advocate for fair voting measures and mechanisms in your state.   The issues are many because we can only have fair elections when we trust that the mechanisms for voting are above reproach.

“… No one has yet figured out a straightforward method of ensuring that one of the most revered democratic institutions — in this case, electing a U.S. president — can be double checked for fraud, particularly when paperless e-voting systems are used.” – Scientific American, Jan. 9, 2012

Fair voting measures include verifiable methods, accessibility to the polls for the handicapped and the honest count of early, absentee and provisional votes.   If this kind of advocacy appeals to you, you’ll need to do some homework on the voting methods or mechanisms in your state and  steps you can take locally to make the process as accessible and verifiable as possible.

Two other issues fall under advocacy.  The first is Vote ID or a national voter identification card, which has me concerned.   Any document can be forged;  counterfeiters do it all the time.   Yet the idea is gaining traction and needs conservative input.   The other issue deals with voter registration via drivers’ licenses for illegal aliens.   Thirteen states allow illegal aliens to obtain a driver’s license, the typical ID used in voter registration.   While state regulations may allow non-citizens to vote in state elections, Federal elections are open only to citizens.  Thus, the potential for fraud in the 2020 election is huge.  To date, few have concrete plans to address these issues and the field is wide open for conservative advocacy with both Congress and the public.

Resources to help you:  Start with Verified Voting, a website devoted to honest elections.   Their page on Voting Equipment in the United States covers many of the issues and their site is full of recommendations.  Votefraud.org is another site that deals with electronic voter fraud.

President Trump has spoken forcefully about rigged elections.   And there is a lot of fraud that occurs in the upper levels of party politics.   But with more than 117,000 polling places across the U.S., there is plenty of room for fraud on a local level, as well – and as Tip O’Neill once observed, “all politics is local.”  Raising awareness among the American people via social media has its place, but at the end of the day, free  citizens must carry out the duties of a citizen in real life or risk one day losing that freedom.  Decide to win.  Get involved.