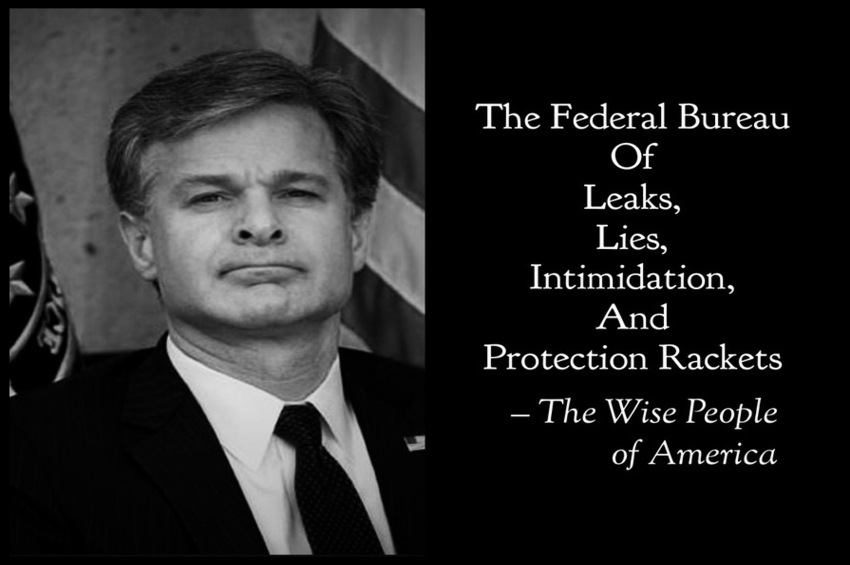 Unless I am wrong, and I could be, US Deputy AG Rosen, the second-highest in the Department of Justice, would be the one to sign off on the warrant for the Biden laptops. I base this purely on the fact that it was Rosenstein who signed the visa warrants.

Why do we think the FBI will treat Hunter any differently from the way they did Hillary Clinton or the men who used Epstein for sex with underage teens, including Bill Clinton and a litany of other well-known names?

In the last four years, our Justice Department, the FBI, the CIA, our federal judges, and our Congress have revealed who they are. The rules do not apply to them – they only apply to us.

Someone at the DOJ and FBI gave Joe a favor.

We have read some of the emails, we have seen some of the pics. It is reported that one photo and one email was about a specific 14 year old relative – I will not say who. This means the 14 year old is also related to Joe Biden. Again, someone at the DOJ and FBI are doing Joe a favor.

We know that Joe Biden lies by splitting hairs. He enriches himself by proxy through his siblings and his kids, who market access to Joe Biden to foreign governments who pay for the favors he grants them.

The late Beau Biden was the Delaware State Attorney General. The Bidens own the Delaware justice system- including the judges. Delaware PD is not and will not do anything.

This next statement is the most important of anything that has or has not been published to date:

I am deeply disappointed that Attorney General Barr and Director Wray haven’t blown the lid off the place and cleaned house. I no longer respect either one.

Our President’s only solution in his second term is to completely dismantle the present organization and establish an entirely new justice, investigative and CIA unit. I support reducing the number of government organizations/agencies and rolling the front line workers/law enforcement into existing agencies.

I am firm of the opinion the present organization cannot continue.

I am also firm of the opinion the DOJ, FBI, and the CIA owe an apology to the President and the American people.

Lastly, I will be happy, joyful, and delighted to say I was wrong, should Barr and Wray prove me to be so.

Here is some additional information on Deputy Attorney Rosen:

You can find more on Wikipedia.

Sheila G is a member of the Conservative Choice Campaign, sponsoring the KAG Coalition. You can follow her on Twitter and Parler @TheSheilaG2020 (same handle for both)