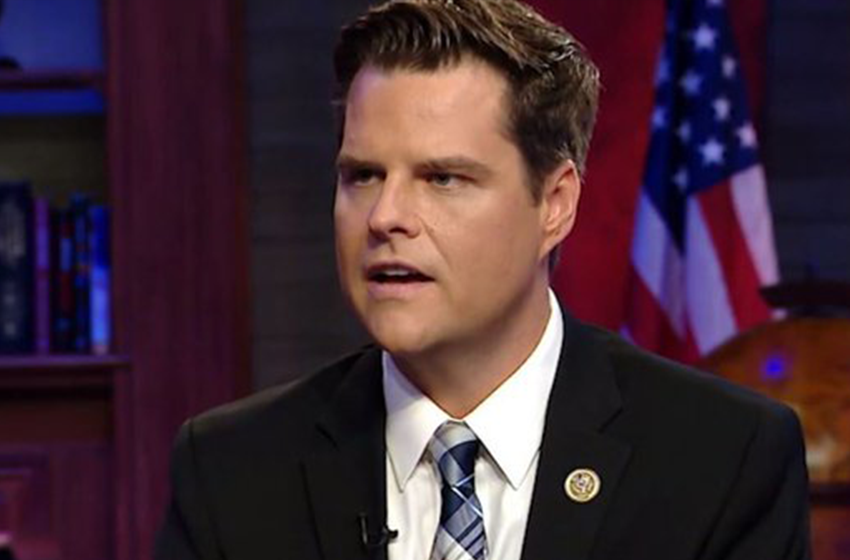 Matt Gaetz, U.S. representative for Florida’s 1st congressional district, was on the Mark Levin’s Life Liberty and Levin and stated, “I believe that the Ukraine knockoff sequel to the Russia hoax is a direct consequence of the humiliation that Adam Schiff a lot of folks on the left and frankly the mainstream media feel after peddling a lie for two and 1/2 years about this president.

They set the bar so high they said they had more than circumstantial evidence that Trump was acting at the behest of Russia.”

It was total nonsense.

“And so rather than doing what we should be doing finding out why this corrupt investigation began into the president Democrats and their allies in the mainstream media have tried to distract us with this just Ukraine nonsense.

I believe the Ukraine knock-off sequel to the Russia Hoax is a direct consequence of the humiliation that @RepAdamSchiff, a lot of folks on the left, and the mainstream media feel after peddling a lie for two and a half years about @realDonaldTrump. pic.twitter.com/p245PuKIJZ

We don’t need hours and hours of testimony so that the American people can interpret what is clearly before us in the transcript of this call.

The American people can read that call and can understand there is nothing illegal at all about it. That it is entirely appropriate for the president to be rooting out corruption.

And where we have a Joe Biden problem that is Joe Biden’s fault not President Trump’s fault.”