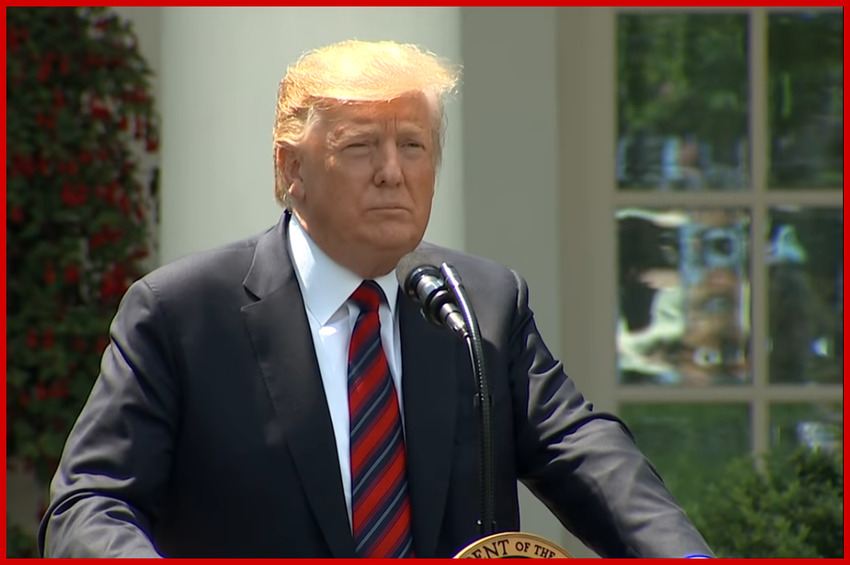 On Monday, the Trump administration implemented their controversial policy that will restrict green cards for people who are dependent on welfare. For years now, we’ve been told that welfare benefits were only available to citizens but now that Trump has cemented that, the liberal news is propping up stories of poor immigrants who will be destitute now without their food stamps.

The left’s weaponizing of natural human empathy comes from a much darker place than just trying to guilt Americans into letting these poor suffering people into the country so they could experience a better life.

The real goal is to get as many of those poor people in and keep them dependent on welfare so when they vote (legally or not), they become Democratic voters for life because that is how their “better life” is guaranteed.

The same leftists upset immigrants are no longer able to receive American taxpayer funding are the same folks who argue “voter fraud” doesn’t exist. Let’s end that, too, Like immigrants receiving welfare, if it wasn’t happening before, how could you be sad once it stops?

Democratic presidential contenders have come out totally in support of the wholesale replacement of Americans. The leaders on the recent debate stage are proposing open borders, Medicare for all (including illegal immigrants) and even giving non-citizens the right to vote.

If that makes you uncomfortable, it’s because some part of you recognizes that every country is a minority on this planet which is why sovereignty is so important. It protects the diversity Democrats claim to own, and p.s., they’ll call you a racist anyway.

I’m old enough to remember when Joe Wilson, the Representative from South Carolina, was raked over hot coals for yelling “You lie!” during President Obama’s State of the Union address. The heckling came after Obama denied that Obamacare would cover illegal immigrants. Obama’s response was to double down when he stopped his speech, looked directly at Wilson and said, “That’s not true.”

Of course, we know that President Obama was lying then and hasn’t stopped since. And we also know that Obamacare was exploited via “emergency Medicaid” and given to illegal immigrants. Hindsight is 20/20 – Rep. Wilson shouldn’t have issued that apology after all. He only validated the outrage.

“But while federal law generally bars illegal immigrants from being covered by Medicaid, a little-known part of the state-federal health insurance program for the poor pays about $2 billion a year for emergency treatment for a group of patients who, according to hospitals, mostly comprise illegal immigrants. Most of it goes to reimburse hospitals for delivering babies for women who show up in their emergency rooms, according to interviews with hospital officials and studies.

“We can’t turn them away,” said Joanne Aquilina, the chief financial officer of Bethesda Healthcare System in Boynton Beach, Fla., which sees many illegal immigrants because of its proximity to farms where they harvest sugarcane and other seasonal crops.

Nearly one-third of Bethesda Hospital East’s 2,900 births each year are paid for by Emergency Medicaid, the category that covers mainly illegal immigrants.

That’s not enough for the new brand of spiritual mathematicians like Alexandria Ocasio-Cortez who has pushed welfare for illegal immigrants hardest in her caucus of radicals.

Back in October, she introduced a set of legislation that included giving undocumented immigrants the same access to welfare as U.S. citizens, calling it her plan for a “just society.”

AOC, like the rest of the mainstream media, only tells one part of the story. This isn’t really about welfare leeches losing their foothold in America, it’s about the long game. Who do we want to be the next generation of Americans? Do we want a community that comes together to help someone on hard times, or do we want a society that is continually feeding 60 million people?

And while the left focuses on the person impacted by President Trump’s policy, they continue to ignore the rest of us, especially those so overburdened with their individual tax share that they are almost at the point of needing welfare.

If that happens, the cycle will be complete. We’ll all be dependent.