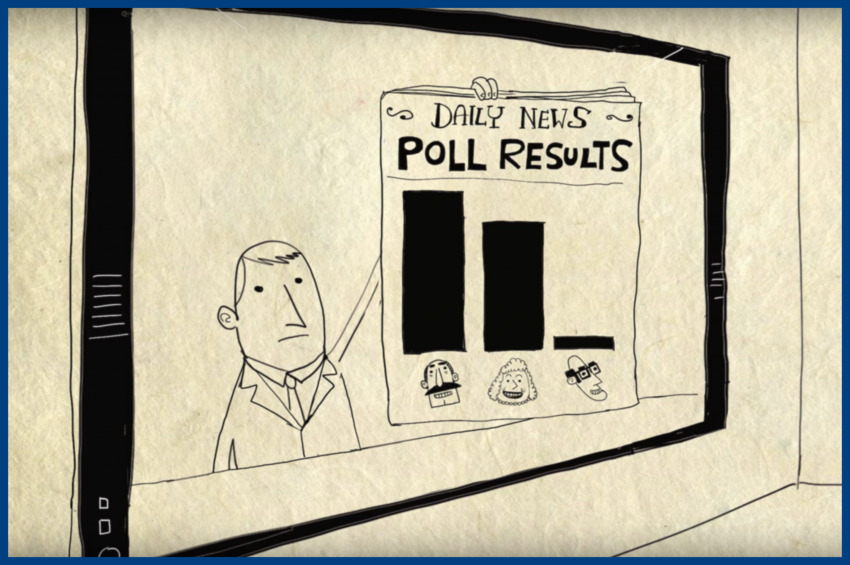 Some people love Bernie Sanders. They don’t care that he’s old, unwell, and essentially a communist. They love his angry tirades, his promises of free stuff. And some people love Joe Biden. Say what you will about Biden’s many, many foibles, and his many acts of corruption–he does have charisma. He’s Uncle Joe.

No one loves Michael Bloomberg. No one. Plenty of folks are paid to act like they love Bloomberg, but none of them actually do. He’s not lovable. Some people support him, but only because they believe he can beat President Donald Trump. It’s a Faustian bargain the DNC has struck: Mr. Bloomberg, sir, even though you’re actually a bigot the way we say Trump is, even though you’re an old, white New York billionaire, if you can beat Trump, we’ll do anything you ask.

DNC Chair Tom Perez is boosting Bloomberg by any means necessary. With former frontrunner Biden finally folding, Elizabeth Warren’s hopes up in smoke, and Pete Buttigieg still unable to find black support, Bloomberg is increasingly the party darling. Plus he’s self-funding, a bonus that created a dilemma: in order to qualify for candidate debates, Bloomberg not only had to reach polling milestones, he had to raise a certain amount of money (always changing the longer the race goes on) from number of donors (also a fungible number).

Since Bloomberg eschews donations, Perez simply struck the rule from the books.

It was a controversial move because the same rule had been used as a cudgel in months past to keep candidates the DNC didn’t support–such as Tulsi Gabbard–out of some debates. Further complicating the matter, Bloomberg is the only candidate to give money directly to the DNC.

Until recently, the billionaire former New York City Mayor was almost guaranteed to be barred from the next presidential primary debate. But the DNC announced Friday that it was dropping an eligibility condition: Candidates no longer need to meet a minimum number of donations, previously in the hundreds of thousands, to win a spot at the DNC-sponsored debate. The Bloomberg campaign is not soliciting donations, which would have made it almost impossible for him to qualify by those rules.

Now, presidential hopefuls need only to reach 10% in four polls, hit 12% in two polls in South Carolina and Nevada, or receive at least one delegate in either Iowa or New Hampshire. Contestants in the January 14 debate needed 225,000 donations each. A month earlier, the December 19 debate required that candidates receive 200,000 donations apiece.

Bloomberg is the only candidate to personally donate money to the DNC, according to Federal Election Commission records. He gave more than $300,000 of personal money to the DNC in one day last November — and more than $800,000 to a DNC-adjacent fundraising PAC the same day.

So with the donation qualification out of the way, it came down to…the polls.

Polls: Made in the USA

The first known opinion poll was taken in 1824 by the Harrisburg Pennsylvanian. Respondents correctly identified Andrew Jackson as the winner of that year’s presidential race. Since then, polling has become an industry unto itself, with names like Gallup achieving household recognition status.

22 companies in the U.S. alone are dedicated to the survey and analysis of American opinions, but media outlets routinely run their own polls. The online age has simplified the question of what others are thinking, an abundance of one-click polls saturate social media.

Before November 2016, the prevailing wisdom about polling was that it was more science than art. Serious people sought the closest version of predictable truth possible, for their reputations depended upon the accuracy of their polls.

Then 2016 happened. Only a scant few pollsters called it correctly, and they were all either individuals or from small publications. Helmut Norpoth, whose model weights the primary results over pre-election polls, has called all six presidential elections since 1966 correctly, including Trump.

Those who dared to give Trump so much as a fighting chance were ostracized in the media, notably Nate Silver, whose blog 538.com gave Trump a 33.1% chance as the race tightened in the closing week.

After the 2016 election, the entire polling industry–indeed, even the concept of polling–was shaken to its foundation. In hindsight, it was easier to identify sandbaggers and outright liars who sought to influence turnout.

Back to our current situation. Trump has exposed mass media as a tool of the left. This wholesale public outing may well stand as a pillar of his legacy. We know the DNC is corrupt, colluding with CNN to feed debate questions to Hillary Clinton, and to thwart Bernie Sanders’ aspirations. We know that former DNC Chair Debbie Wasserman Schulz promoted the IT services of the Awan brothers, who are at large in Pakistan, having fled the country as their congressional intelligence theft went public.

The left is desperate, existentially so, to replace Trump. Along comes a candidate with billions to spend, and despite low national recognition and low likability scores, surges to near-frontrunner status in a matter of weeks.

What are pollsters, if not media? We have caught liberal media in bed with Democrats on numerous occasions. Project Veritas has become famous for doing nothing but exposing this very phenomenon. If media lies, why wouldn’t polls performed by the media be inaccurate as well?

So it appears he peaked at just the right time.

The poll that brought Bloomberg over the threshold was conducted by NPR, PBS Newshour, and Marist. The 78-year-old oligarch came in second place with 19%, the highest percentage he’s yet received in a national poll. In first place, with 31%, was frontrunner Sanders, still fresh from his victory in the New Hampshire primary. In third place was the former frontrunner, Joe Biden, whose campaign has lost confidence after poor showings in Iowa and New Hampshire. These three are followed by Warren at 12%, Klobuchar at 9%, Buttigieg at 8%, and billionaire Tom Steyer at 2%. Gabbard received less than 1%.

Notice the poll that put him over the top was conducted by an acronym salad of left-leaning institutions. When it comes to polling, less is more. A poll created by a committee is only going to be more complicated. Or perhaps more rigged.

Polls are a notoriously messy science. Small sample sizes, leading questions, over- or under-sampling by ethnicity, age, education level–all of these are factors. How hard would it have been to put a thumb on the scale for Bloomberg? Not very.

Notice too that his numbers fell back into more believable territory the moment he was assured of qualifying for the debate.

Whether or not a major party nomination can be bought remains to be seen. But can you buy your way onto the debate stage? Absolutely. Just ask billionaire Tom Steyer, who has appeared in two debates despite lackluster numbers. He also saw gaudy numbers in recent days (but will miss tonight’s debate).

Don’t trust polls any more than you trust the media. After all, they’re usually one and the same.