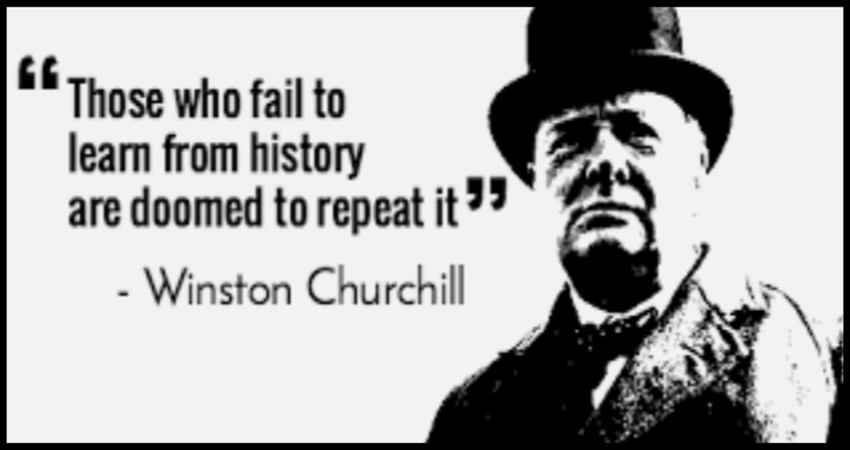 Some days when I am faced with a difficult subject, issue or personality, I have to wait a few days to let the passion and sometimes anger settle. We’ve all been there, dealing with relatives who always has an opinion and won’t shut up, not agreeing with another person’s point of view on an issue or even facing down a tragic event.

By letting distance and time help clear the fog in your head and allow for all the noise around an issue to dissipate so you can think, is what a normal functioning adult does. The space taken helps, so resolutions and commonsense can eventually see the light of day. To not step back and take a pause would be like trying to reason with a drunk. Nothing would get accomplished and only more anger will be the result.

Our country has been facing a serious issue regarding gun violence. Literally everyone has an opinion regarding this issue. The spectrum swings far left and far right, there is very little noise in the middle even from those purporting to be objective on the matter.

For full disclosure here, I swing to the right side of this issue. As a strong Constitutionalist, I believe in this country’s Constitution and the premise for which it was founded. When our forefathers put the second amendment into our Constitution, they had just finished freeing us from a tyrannical monarchy. Those men and women were not coming back from some hunting trip with their friends.

The brave men and women who believed in and fought for our right to exist as a free country put a lot on the line to accomplish this. They wanted a government that was run by the people who were granted the right to vote for representatives who would see that their wills were being met. They didn’t believe the running of this wonderful country should be turned over to a selected few, to have complete say and control over everything.

Owning guns became our right, to help protect us from future tyrannical takeovers of our freedom first and foremost, and not just for hunting. Our forefathers had great insight and were scholarly people who looked at the lessons of history and cultivated that knowledge for the good of all United States citizens then and in the future.

With all that being said, we have to take a look at the issues of today. Without question, the damage and loss by a person wielding a gun of any brand or caliber is devastating. Just like the loss of life from a vehicle accident, plane crash or train accident is. Anytime someone experiences a loss of a loved one, overwhelming grief takes over. I too am a victim of one of these.

In his twenty-first year of life, my brother was killed by a drunk teenager. His death devastated us, leaving a daughter without a father and four sisters grieving. Instead of suing the alcohol manufacturers, local bars and liquor stores or the vehicle manufacturer and dealerships, we sued the family responsible. It was a human who chose to drink then get behind the wheel of that vehicle and run my brother off the road. The alcohol nor the vehicle were responsible, they were just the tools.

We have laws against drunk driving and minors in possession of alcohol for a reason, but it doesn’t stop either from happening. Believe it or not, it happens much more frequently than is reported. At the same time, you don’t see the media, politicians, Hollywood crowd or activists screaming, destroying buildings, calling for liquor manufacturers and automobile factories to be shut down because of the problem we face with drunk driving by adults and minors.

Many other far-fetched examples can be made. For example, overweight individuals and fast–food chains or food processing plants. Heck while we’re at it lets blame farmers and ranchers for all the overweight people in this country with diabetes. But that would be ridiculous and a definite sign that all common sense has left the human race because we have to get to the root cause of any disorder or fallacy to address and correct it, not blame the tool used to create the problem.

So, what is the root cause of any gun shooting? Sure, mental illness gets a lot of the blame but there are bad people who just do bad things. Yes I said it, there are bad people. It’s those bad people who choose to pick up a weapon of choice and do damage. The weapon is just sitting around until it is used; whether it’s a vehicle, knife, the ability to shove someone into an oncoming subway train or a gun. The common denominator is the person.

Looking at the gun law statistics in the United States, there are estimates of over 20,000 to 400,000 out there. These estimates are high when taken into consideration that there are federal, state, county and municipal levels where they each have their own regulations in place. Even some homeowner associations have their own gun regulations.

Let’s just say there are 20,000 different gun regulations already on the books, I’m willing to compromise and use the lowest estimate. With that knowledge, the first question would be “Why aren’t those laws being enforced?” The second question that comes to mind is “Why do we need to make more laws when there are so many out there already?” Then the third question would be “Why can’t the laws on the books be reviewed, cleaned up then enforced so everyone understands what their rights are and knows that a violation of those laws will bring legal ramifications?” All pretty commonsense questions, in a hysterical world.

A mass majority of the people in the country believe in the Constitution, the first and second amendments more passionately than the others, regardless of what the mainstream media reports. Unlike what President Biden said, the Constitution is absolute on the second amendment. Oh, and by the way, sure people didn’t buy cannons in 1791 when the second amendment was ratified, but they could have if they wanted to. Our forefathers just wanted to get back to rebuilding their lives and found that having their muskets at the time was sufficient for the protection of their families and their country. You see, owning a musk was equivalent to what any military had in the world at the time. Having an AR-15 today would still make the owner disadvantaged in a fight today due to the advancement of military grade weaponry. Americans well versed in our history take their gun rights seriously for the exact reasons our forefathers intended, and not just as a tool for hunting.

Now that all the fog of the controversy has cleared, I have to look at and ask “Why do Democrat politicians want to take the right to bear arms away?” Well, that is a controversy worth exploring, with the need for a whole lot of research to answer.

Winston Churchill once said, “Those who fail to learn from history are doomed to repeat it.” We are seeing the effects of gun confiscation in other countries. This needs to be explored because in every case it didn’t fare well for the citizens in the twentieth or the twenty-first centuries. Motives also need to be explored. There are a lot of conspiracy theories floating around and if there is one thing I have learned over all my mature years on this earth is, there is always a sliver of truth to every conspiracy and there are no coincidences.