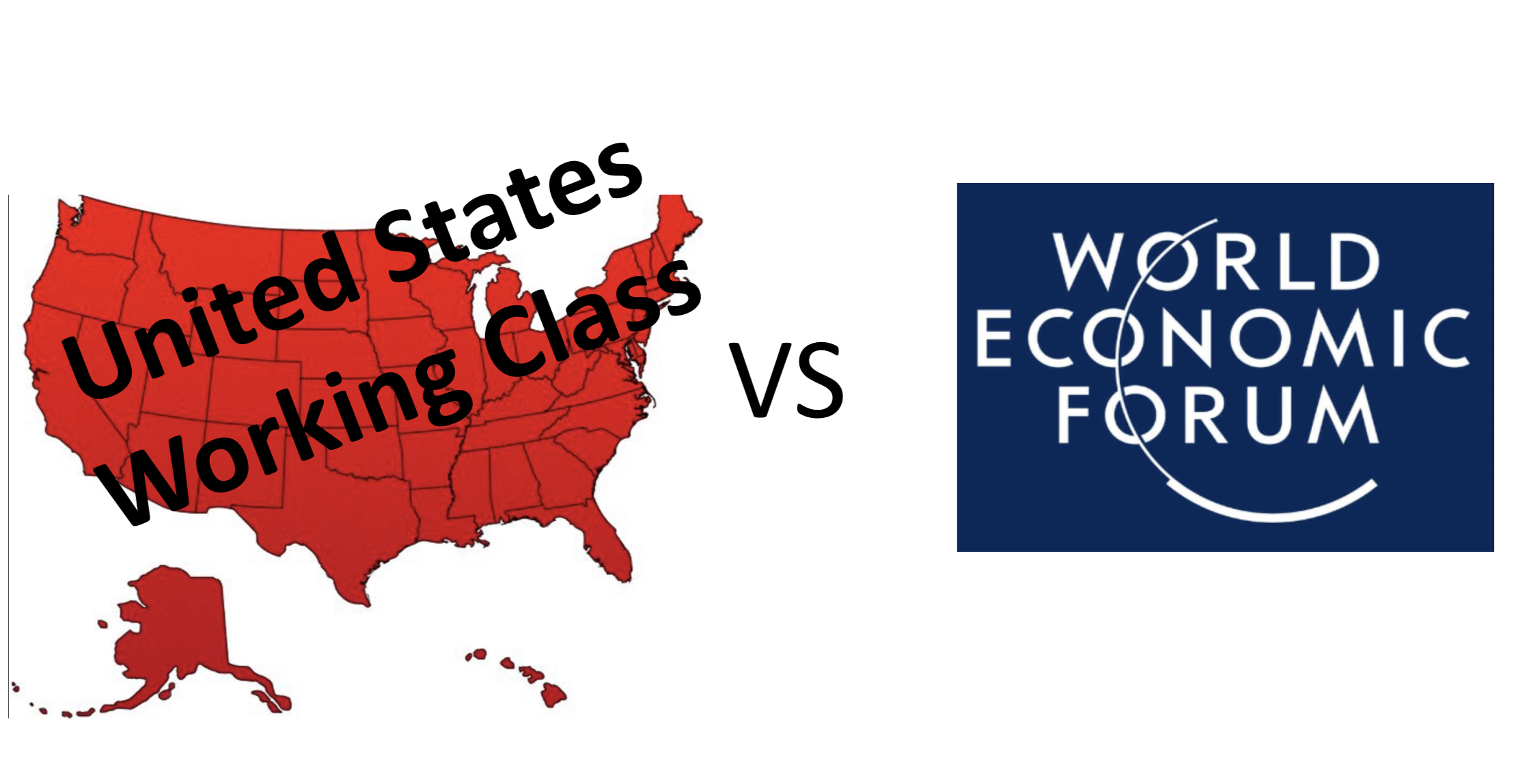 I finally I decided I am no longer a Republican. I am a woman without a political party. I want to be clear. I am a conservative with conservative principles and values. I support working class Americans regardless of party affiliation, race, ethnicity, and gender. Sixty-two percent of our Congress has never had a real job. They have never worked a day as a common every day person. I remember very clearly Dan Crenshaw stating “there has to be some perks or nobody would take the job.” He said this in response to the allegations of members of Congress doing insider trading. My interpretation of what Crenshaw said is this. “I Dan Crenshaw whose prior employer was the United States Military, believe that I should be able to make my millions off the backs of the American taxpayer because I can’t do it in private industry. These people have never run a business. These people have never faced financial adversity. Their lack of experience  only makes them  expert in creating financial ruin. My conservative principles do not match the principles by the elites within the party. The elites within the Republican Party are there for three reasons; power, control, and greed.

Forty three percent of our Republican house has given the liberals the majority of their votes over the last six years.

Fifty one percent of our Republican Senators have done the same.

These are the “elites” holding office. These are the elites that support the liberals in the take down of the American working class. Many are Democrats who ran on a Republican ticket. 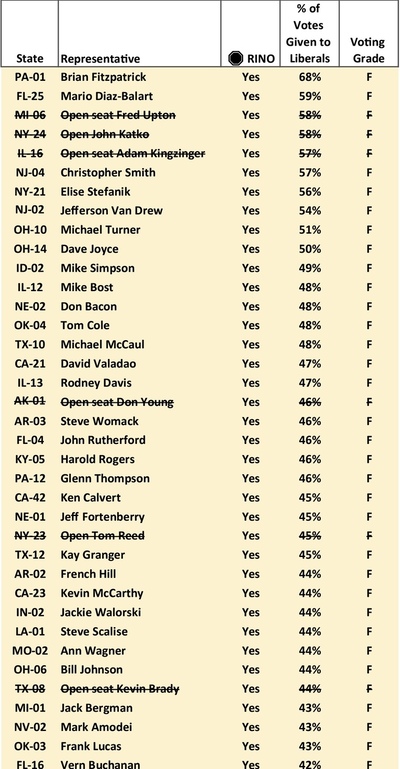 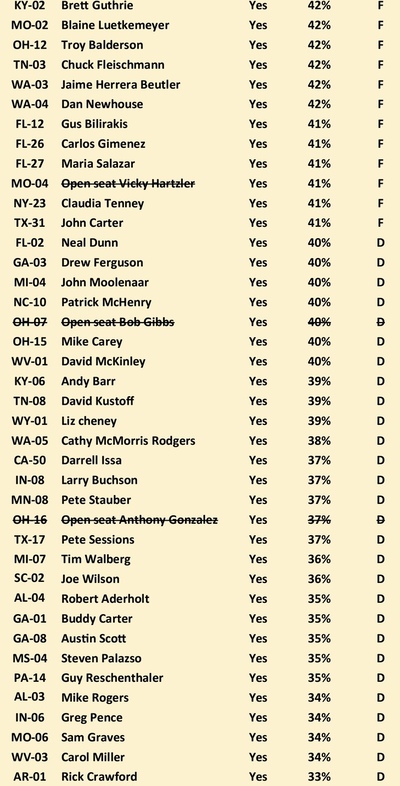 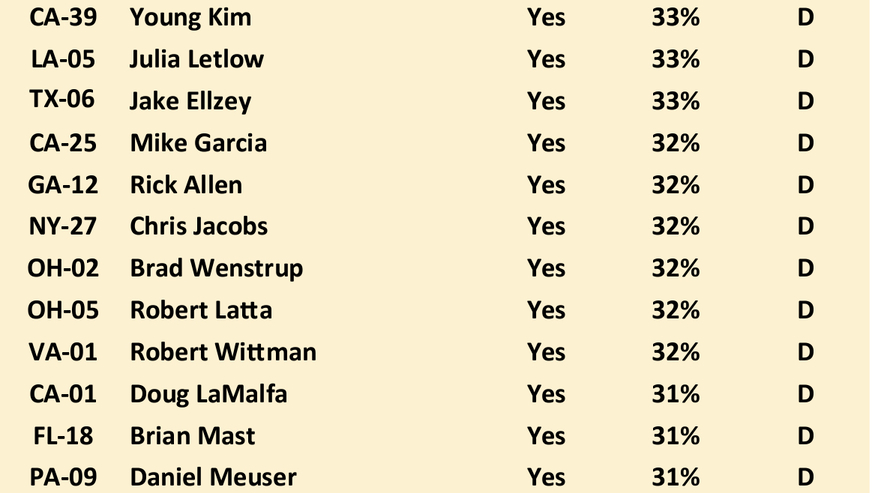 Destructors  in the Senate 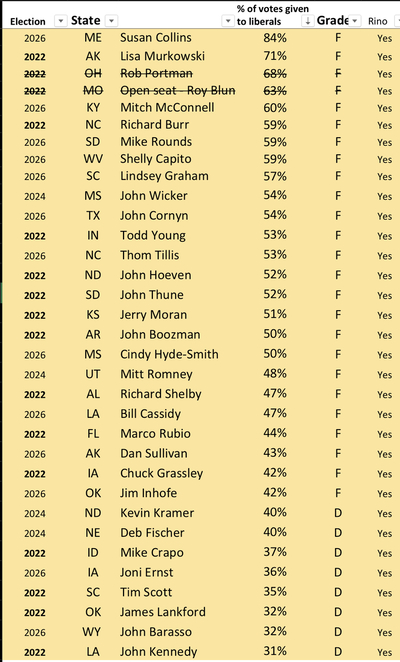 “We are not witnessing incompetence. We are witnessing the deliberate destruction of America.”

These are the people who feel we stole the party power and party control from them in 2016 when we put our votes behind Donald Trump. These are the men and women who claim to be Republicans but in reality support the Nazi genocidal cult organization named the World Economic Forum and their Nazi leader, Professor Klaus Schwab. We are witnessing the deliberate destruction of America for the sole purposes of power, control and greed. This single paragraph tells you who our enemy is. The World Economic Forum and the United Nations have both said verbally and in writing the greatest impediment to achieving the new world order is America’s working class. That is because we are the largest population segment in America and we are armed. The elites in the Republican Party do not have the numbers to eradicate us. They need to partner with the liberals, WEF and Nazi Schwab in order to accomplish our takedown. Everything that is being done today is aimed at taking down the American working class and it doesn’t matter what party, gender, race, religion, etc. that you are.

How do we know who they are? There is actually a real easy way to sort the political rhetoric from their actions.

Conservative Review produces the Liberty Scorecard. They use the voting records to establish the number of votes given to liberal bills and conservative bills for the most current six years. They then determine the percentages and assign a grade from A to F. Grades A to C are considered good. Grades B and C can reflect some bipartisanship. Grades D and F are failures. A congress person with a grade D or F  are an automatic Rino because they have not contributed to the balance of power in congress for the last six years. Let’s face it. Words are cheap and meaningless. It is action that counts and their vote is the action they should be judged on. They have greatly contributed to the liberal agenda succeeding at the expense of violating conservative principles and values and throwing us under the bus. 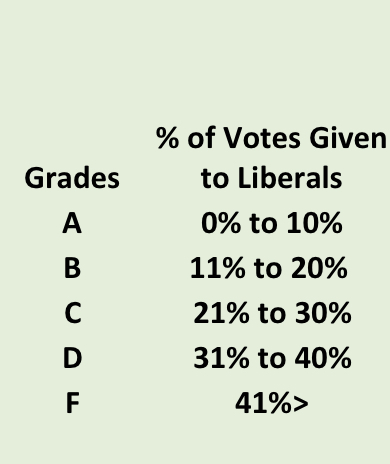 We have members in Congress who are World Economic Forum implants. We have members of WEF outside of congress that are destroying America. George Soros funding the campaigns of Attorney Generals and District Attorneys, funding non profits to aid and abet the illegal entry into our country, and funding the payment of mules to throw elections.  That should be a major concern for everyone.

If you are an employee of a global company there is a great chance your CEO is one of hundreds of global corporations and CEO’s belonging to WEF.  By now, there should not be one American who does not know that a major goal of WEF is to depopulate the world from 7.4 billion today to 500 million by 2030. Surely as an employee of a WEF participating corporation you cannot possibly believe that America’s current population of 334 million will remain intact and is considered within the 500 million that will remain above ground. The fact is simple – there will be a lot of dead people if we don’t stop them. Everyday you go to work for a WEF corporation you are contributing to you own demise and the deaths of thousands of others.

I have posted the American names in government who belong to WEF and their links to the WEF website in prior articles. I am going to print their names again here but I am not taking the time to again repost the links. If you doubt the information you can do the research to validate it or look up one of my prior articles. But here are the players who are members of the World Economic Forum and graduates of WEF’s Young Global Leaders program that are or were in our government.

The WEF people named below are in our government and are participating in the deliberate destruction of America and should be of great and grave concern to every working class American.

I am on many social media platforms. I see many posts supporting candidates and I think that is wonderful. I see an equal number of posts and comments that completely shock me. An example, “he is a deadbeat who has contributed nothing.” When I checked out the incumbent, that statement was anything but true. This was a house member who earned a Grade A by giving 94% of his votes to conservative bills. That my friends, is a great actionable contribution to working class Americans.   We have a lot of people who accept what someone tells them. If it’s someone you know and trust that’s one thing – if it’s someone on social media that’s another thing. The best thing you can do is to research before you comment and absolutely research before you cast a vote.

Something we all need to do is to watch the outcome of Sri Lanka and the European Union. With Sri Lanka as a country is bankrupt and this makes them extremely vulnerable, ripe and juicy to the WEF’s Great Financial Reset under the 4th Industrial Revolution. Will the IMF, the IMF and WEF or WEF alone bailout Sri Lanka.  I predict the European Union will be in the same boat in the not too distant future.