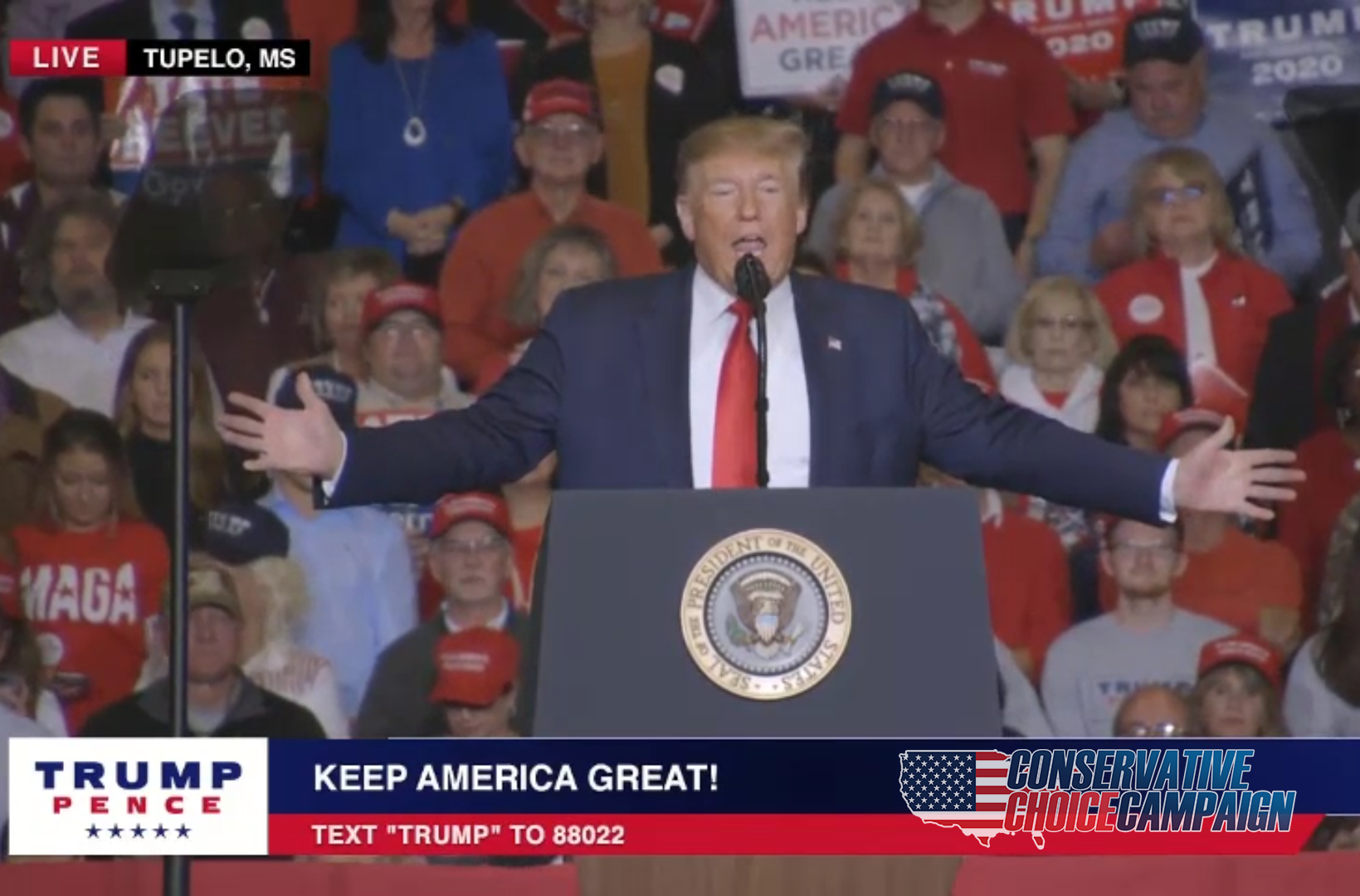 While we’re creating jobs and killing terrorists the Democrat Party has gone completely insane. The radical left is determined to transform America into a country you would not recognize.

The radical left is determined to transform America into a country you would not recognize.

We are the ones standing in their way and we will never get out of their way. It will be easy.

From even before we won the election, the far-left Democrats and the fake news media.

It’s too bad we get such good ratings because if

we didn’t they wouldn’t here.

You know why it failed? Because they disrespected us.

But the media and the Democrats have been engaged in a corrupt partnership trying to impose their will and to thwart American democracy by any means necessary.

You see what’s going on.

First they engineered the Russia hoax that was a total hoax.
The single greatest lies ever foisted upon the American people.

Then the Mueller witch hunt. It never ended and with 18 angry Democrats and an unlimited budget they said, “Let’s go get him.

That didn’t work out too well did it?
That fizzled.

A lot of bad people along the way.

And now corrupt politicians, Nancy Pelosi, shifty Adam Schiff and the media are continuing with the deranged impeachment which this is one.

I never thought I’d be involved with the word impeachment. To me it’s a dirty word. Not a good word. Totally phony deal. They know it.