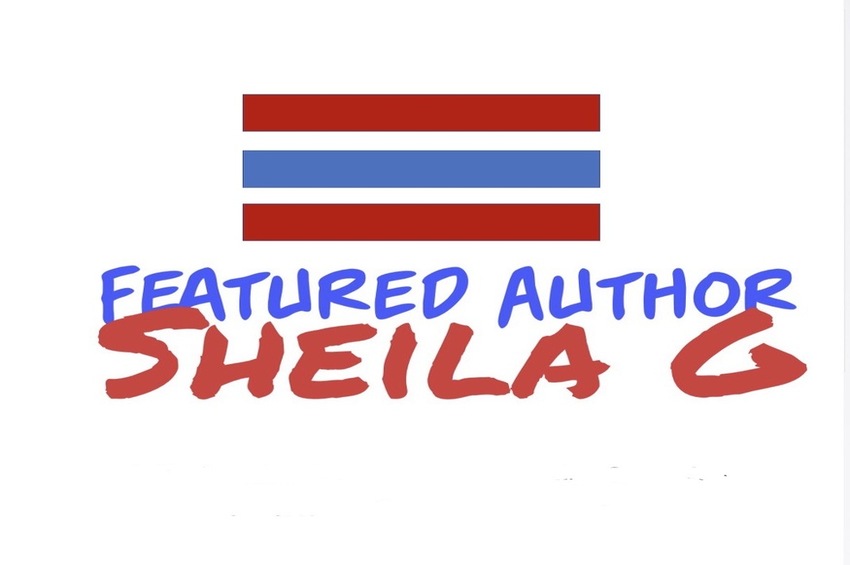 Durham’s indictment of Michael Sussman, charged with lying to the FBI, is another case that has been exposed. This indictment provides an extraordinary tale of treason and failure within the highest levels of our nation’s law enforcement and justice system resulting in another stain on America.

Sussman was Hillary’s lawyer at Perkins Coie. She gave him the bogus information of which none was true. He takes it to the FBI and says he is not a paid political operative and that he was just a concerned citizen.

As you read this you may want to refer to the OIG report. Click here

The source for the following information is from Dan Bongino;

Here is an important connection that hasn’t received much attention:

✅ In a March 2, 2020 article Margot Cleveland writing for the

So, did Somma know, either from his work at the New York field office, or from his relationship with Harper, of Steele’s reporting?

✅ Somma was desperate to surveil Page—and in turn, the Trump campaign. Beyond pushing for the FISA surveillance to start immediately, Somma bore responsibility for many of the substantial omissions and misstatements in the FISA warrant, as the IG report detailed:

Soma received the information in July 2016. McCabe recognized he had a problem and told his team to stand down on other sources because he had a source who said he didn’t work with anyone. If the judge knew the information came from the Clinton campaign, he would have laughed him out of court. Remember, McCabe, testified before Congress that there would have been no FISA warrant without the Steel dossier.

Here is a key connection: 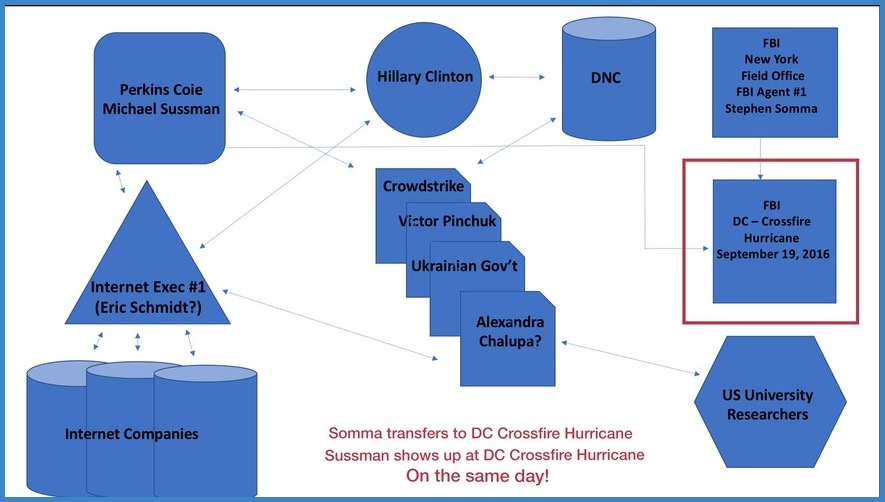 Remember when the DNC said the server was hacked? Sussman was the Perkins Coie DNC lawyer who refused to turn the server over to the FBI for analysis and then pinned the blame on Trump/Russia. Sussman was a lawyer at Perkins Coie- Hillary’s retained law firm. He has resigned since the indictment was issued. Perkins Coie is the same firm Hillary paid for the fake dossier. In 2016 Sussman was representing the Democratic National Party and meeting regularly with the FBI. However, the FBI conveniently failed to connect the DNC server event with Sussman providing information as a dutiful citizen.

Then we have the fake claim of a secret server between Alpha Bank (Russian bank) linked to the Trump servers. But it was Hillary who had the secret server. Perkins Coie was billing the Clinton campaign for Sussman’s time of performing the dirty work. The FBI knew all along the material they were being fed didn’t add up. But the FBI doctored evidence and kept using dirty informants to spy on the Trump campaign and undermine his presidency.

(The end of source information from Dan Bongino)

This is information from Durham’s indictment but it has names for FBI Agent 1 and the unnamed IT Executive:

The Durham indictment mentions that Sussman was working with a technology firm that should Hillary have won, the unnamed executive would be offered a position in her administration. The indictment says, “the unnamed person exploited non-public data to multiple internet companies to conduct opposition research concerning Trump.” “The executive enlisted a researcher at a US-based university who was receiving and analyzing internet data in connection with a pending cyber security research contract.” “It says the university accessed data of an unnamed executive branch agency through an unnamed internet company. That internet company possessed that data because it was a subcontract “in a sensitive relationship between the US government and another company.”

A researcher who helped to connect Trump to Alpha Bank said this, we cannot make any claims that would fly public scrutiny.” They also discussed beefing up false emails connecting Trump and Alpha bank. The unnamed executive even said, “the Alpha Bank claim was a red herring”. One email in the indictment, said “at this point what drives us is that we just do not like Trump. This will not fly in the eyes of public scrutiny. I am afraid we have tunnel vision”. Steele got his information about Alpha Bank from Sussman and included it in the dossier.”

Alpha Bank has a lawsuit filed against the Federal government.

It is my belief the unnamed IT executive is non-other than Eric Schmidt. Who is he?

Did Eric Schmidt mastermind the research by the US university stated in the indictment and the deal with Crowdstrike to perform the audit in the DNC hacked server – except the server was never hacked.

There is more. Alphabet loaned Crowdstrike $100k in early 2016. Director James Comey’s agency relied on third-party tech security company Crowdstrike to confirm the DNC’s servers were hacked, a U.S. official said. The founder, Dimitri Alperovitch was a fellow at the Atlantic Council, an American globalist think tank. Corrupt Ukrainian businessman and Hillary Clinton friend Victor Pinchuk is on the board of the Atlantic Council.

Alperovitch is a fellow at the Atlantic Council. They knew each other. It is also important to note that Interpipe, a company owned and operated by Ukrainian Oligarch Pinchuk (who also owned a subsidiary located in Houston,Texas) was permitted to violate Iranian sanctions at the same time Hillary Clinton was Secretary of State. At the time, Pinchuk was the top contributor to the Clinton Foundation. The Markets Work writes that Hillary Clinton and her husband, ex-president, Bill, that data from the Clinton Foundation reports indicate that more than $ 25 million was transferred from Pinchuk.

✅ Pinchuk was heavily involved with the Ukrainian government and Burisma. Is it possible that through Schmidt, the money from Alphabet went to Crowdstrike, to Pinchuk to pay as a retainer for a researcher (possibly Alexandra Chalupa) who was previously named as a Ukrainian researcher? Is it possible that Google is the internet company disseminating fake information to other internet companies?

Remember, the unnamed IT executive enlisted a researcher at a US based university who were receiving and analyzing internet data in connection with pending cyber security research contract.”

Again, is this Alexandra Chalupa?

The lawyer (Sussman) was covering up the Clinton fake collusion story. The FBI knew it. The CIA new it. Obama and Biden were briefed on it. They all went along with hoax.  We all know the FBI has 9 ways to Sunday to get someone if they want them badly.  Mueller was the leader on the special council.  Andrew Weissman was his top dog. Without Durhams, indictment we would have never known this much of the truth.  This further serves to show how corrupt our Nation’s highest law enforcement agencies are.  They will destroy America if left unchecked!

Here is the million dollar question.  Will Merrick Garland allow John Durham to prosecute his cases to the full extent of the law?  I hope but I have significant doubts.  Merrick Garland is among the most corrupt in the administration right now.  However to be completely fair, the Department of Justice, FBI, and CIA have been operating with absolute impunity for years and years.  They occasional prosecute a general John Doe to cover for their corruption.  Their corruption is simple, they run a protection racket for those that fall within their circle of evil.