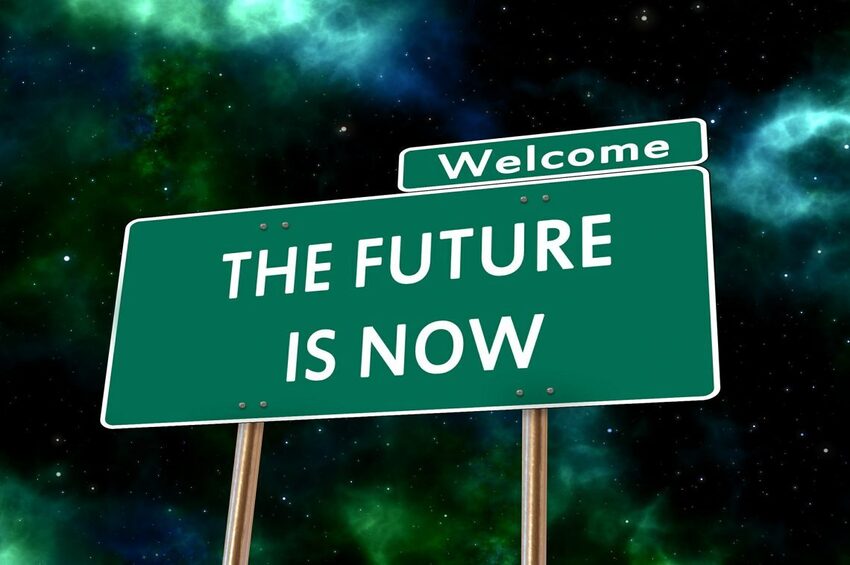 Whereas the one-eyed “Madame X” version of Madonna likes to preach “not everyone is coming to the future,” while cinching her robe to flash her upside down cross accompanied by a serpent on the other side, here’s what I believe…

I believe the future is ours for creation, and it’s time to start creating.

Forget about what you think is possible, realistic, or an option – just fantasize for a moment. Create the world you want to exist in, see it, feel it, manifest it. This is where it begins. This is the fun stage, followed by incredible manifestation, action, and what often times feels like small miracles. Let it percolate, take on its own shape, and see the vision very clearly in your mind. Don’t get hung up on all the little details for now. And remember, anything is possible.

Just imagine a future where we don’t pay unjust taxes on our labor, and the taxes that we do pay on products are assessed by the people to determine how those funds are allocated. Rather than trillions lining the pockets of bad actors through the guise of “foreign aid,” every individual in this country has a roof over their head, a warm meal in their belly, and can cloth their children. Just imagine a government that is held accountable, that is shrunken by 80%, and is overseen by the people who are paying their salaries, through a level of transparency never witnessed before.

Now imagine that the school system has changed drastically and evolved into a level of education that teaches trades, skills, holistic health and nutrition, factual history, legitimate science that encompasses electromagnetic fields within us and the earth, and most importantly – allows children to expand and explore their thoughts, ideas, and talents. Homeschooling isn’t necessary because the indoctrination has ceased, but it is still an option for those who wish to do so. Forget about putting your children through 40 hours of school a week and loading them up with homework while you work your tail off. You just saved thousands in income tax and can afford to enjoy spending time with your family. Let children be children instead of grooming them to be money slaves.

You can’t believe your eyes and ears, but the health system has completely done a 180. Big pharma no longer exists in its current corrupt state. All medications are tested with all documentation revealed and dangerous medications are removed. All of the hidden cures have surfaced and people are beginning to finally heal at rapid pace. There are no more campaign funds lining pockets of corrupt politicians, because it is now illegal, and they are actually holding people accountable. The vaccine industry was removed from the hands of bad actors and all vaccines have been fully tested, modified, and many removed entirely. People are being educated about self-healing abilities and insurance now covers all holistic approaches.

Speaking of insurance. In this beautiful new world, Obamacare went up in smoke, people can get insurance plans across state lines, and the pricing cap makes it affordable for all, which includes all preexisting conditions. Medicare and Medicaid have been completely overhauled for their obvious loopholes in mass scale corruption. All of the criminals who have taken advantage of the young and the elderly are locked up, because “fines” are no longer a means for holding companies and individuals accountable.

Gosh, we could go on and on with ways to create a better future, to live lives full of meaning and joy, and take our country back, but the dreaming has to begin with each individual who wants to see change, then manifest it, take action, and see it through. Anything is possible. Don’t ever let anyone tell you otherwise.

We have been fighting amongst ourselves for a century over oppression that was curated and instilled into all of society. People turned against one another because of dire straits, misleading and manipulative narratives, and out of desperation to survive and feed their families. When all along, people should have band together, supported one another, and stood against those perpetrating all of this. We have been played. People became complacent, acceptant, and too tired to question or fight. Turn to your neighbor, your friend, your family, and complete strangers, and see them for what they are – human.

There’s one thing I do agree with Madonna on – it’s time for everyone to “open your eyes,” “open your mind,” and “WAKE UP” to their projections and manipulation tactics. Idolization is a dangerous game, and too many have fallen for it while blindly following those that preach dark agendas and fear monger.

The future is ours, the future is now, and EVERYONE is “coming to the future,” but if Madonna wants to stay behind, I’m cool with that.