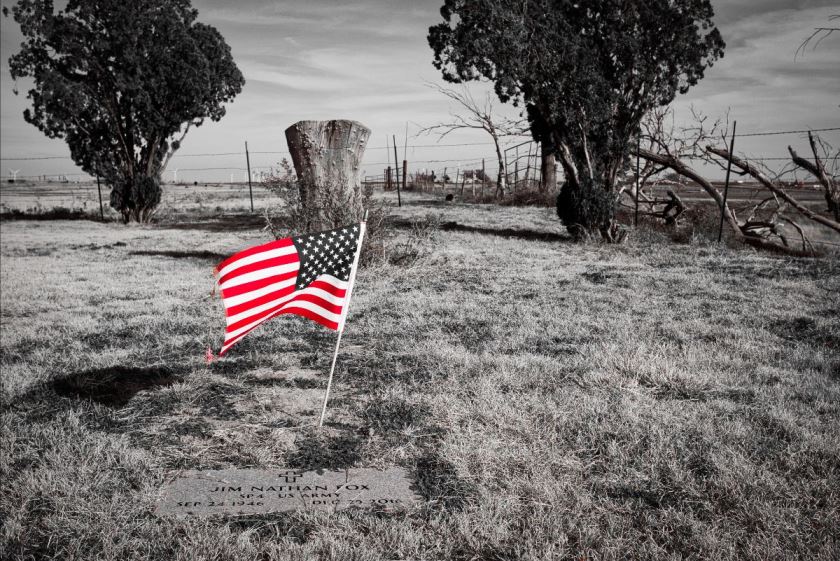 Watch myself and Tye Jackson reflect on our Veterans Day experience today at the Silent Wings Museum in Lubbock, TX.

You know you are in Texas when your host laments that his gun is rattling in the side door pocket of his V8 truck. In the past week I have had two other moving Texan experiences: visiting where JFK was killed in Dallas, and the Veterans Day commemoration here in Lubbock.

This newsletter has always been about the present and future of communications. My thesis is that the figural phenomenon in communications over the last 100+ years is the hijacking of mass media by propaganda and evil. There is a complex story of how this came about — and is now being resolved.

On Saturday I missed the Veterans Day parade in downtown Lubbock, because we were having too much fun out at the gun range shooting off pistols, shotguns, and the odd assault rifle. My one takeaway from the day was that whilst guns are explosively kinetic tools, they are no match for deceitful words as deadly weapons.

The victims of weapons of mass deception are soldiers and civilians everywhere, who have been drawn into conflicts that have been engineered by psychopathic criminals. The awful reality that is slowly being revealed is how all modern wars are designed and delivered by the same transnational (corrupt central banking) mafia.

Rather than attending the jamboree of the parade, I joined my host Tye Jackson (@OutoftheG8TE) to visit the Silent Wings Museum where there was a more intimate event for Veterans Day. A plunge of vigorous icy air reminded me of my life on the American plains in Overland Park, KS from 2001-2004.

The museum hosts the story, mementoes, and aircraft associated with the glider pilots of WW2. We took our places in the warmly welcoming main hall — just as the official event began with the Presentation Of Colors by local cadets. A speech from the Mayor was followed by a historian telling the tearful tales from the 100th anniversary events in France and Belgium a year ago.

A few days earlier I had felt the ghosts of the millions who suffered in unnecessary and illegal wars following JFK’s demise, and the usurping of the American presidency by criminals. Today I sensed the story coming full circle. The “mafia media” that covers for their crimes is being shot to pieces by “truth warriors” on a global information warfare battlefield.

Not least of these are what General Flynn refers to as “digital soldiers”, forming an “irregular army” of citizen journalists. We are collectively re-defining “information” as “divine truth”, not the “official lies” of false and fallen authority.

I count myself as being such a digital soldier — and indeed have had to consider my personal safety in ways I never had to before. (I have experienced threatening online behaviour recently, for example.) Writing a newsletter like this isn’t a completely risk-free activity!

The annual November 11th ritual previously felt remote and abstract. Something always felt off, but I couldn’t quite put my finger on it. Now I know; and all with eyes to see and ears to hear will too, in the next 1-2 years. Prominent participation in live cyberwarfare has turned it very personal — and deeply moving.

My father’s father was born in 1899, served in WW1, came back with “shell shock”, and became an alcoholic. My own father was born in 1941, and entered the Royal Navy at the age of 15 when his mother died. He thankfully was spared meeting any live fire during his 14 years of service, always being in combat zones right before or after the fighting. (He quips: “Give a sailor a gun, and give him ammo, just not at the same time.”)

The more I learn about the great betrayal of all veterans, the more hurtful it is. Stories that were “archaic” have recently come alive again with fresh understanding. We know the horror of the participation in war. The extra hideous treachery that created “designer war-for-profit” is a mind-blowing discovery that underpins the Great Awakening. Making America great again is the precursor to making the whole of this world fabulously peaceful for once.

After the official event was done, we got to speak to some of the veterans. The wife of one told me of her scrap books of contemporary photographs and newspaper clippings. With a knowing and clear eye looking right at me, she was emphatic: today’s youth are not being given the whole truth, and there are many lies in the official narrative. As a result, young people march for causes against their own interests.

The joint experience of myself and Tye was that too many of these veteran stories remain untold and unheard, to this very day. They were surprisingly unused to being genuinely thanked for their service. Yet they were acutely aware of the ongoing battle of good versus evil, the plight of veterans past, and which contemporary leaders fight on behalf of righteousness.

We must bring together the stories of soldiers, sailors, and airmen from the past, and recontextualize them with our richer understanding of the present. These elderly servicemen and women are not “digital natives”; the cyber battlefield of “anons and autists” — the information athletes of our era — are an unfamiliar culture. Our memetic weapons are exotic in comparison to theirs.

Yet we share the same ethos: sacrifice to the collective welfare, without expectation of personal reward. The good news is that we appear to be on the cusp of a momentous worldwide transformation. The imminent upheaval is a revealing of the deceptions behind these genocidal wars.

This allows us to address their root causes in usury, mind control, and spiritual subversion — so as to prevent any recurrence. The prize is a golden age of peace that lies beyond the immediate geopolitical shock. For by telling truthful stories — however painful — we are all turning deceit into liberty.

URL to share for signing up to this free

Recent back issues are here.