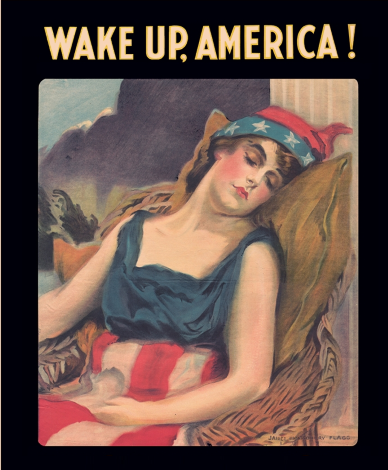 A popular post on Twitter quotes Frederick Douglass:  A man’s rights rest in three boxes: the ballot box, the jury box and the cartridge box.   To my mind, Douglass was on the right track but stopped just a bit short.

We are all familiar with the ballot box.   Free and fair elections are the hallmark of an independent people.   Without it, we cannot claim to be self-governing.

The jury box is highly under-rated in preserving liberty.   It is not merely fair trials that guarantee our equal treatment before the law, but the little-known practice of jury nullification.   At trial, a jury may decide the guilt or innocence of the accused – or may decide that the accused is guilty but acquitted because the law itself is unjust.   The jury effectively nullifies or tosses out the penalty under a bad law.   Juries across the North used nullification prior to the Civil War and acquitted those charged under The Fugitive Slave Act of 1850 with assisting escaped slaves.    During Prohibition, juries nullified alcohol control laws so often that eventually Prohibition itself was repealed.

The cartridge box – the ammo box these days – speaks for itself.   Our Second Amendment right guarantees us not the right to hunt deer or shoot burglars, but the force necessary to combat tyranny.

There is another box that Douglass overlooked.   I’ve heard it referred to as the soap box, or the right of citizens to share ideas publicly and if needed, act on them in the name of liberty.   The First Amendment guarantees us five freedoms, but the last – the right to petition the government for redress of grievances – is virtually untapped.  “Redress of grievances” is simply an 18th-century way of saying “fix the problems” that we, as a free people, find unacceptable.   In over half a century of watching American politics, I have not seen any meaningful exercise of this right.   Perhaps only a few petitioned the government;  perhaps some have petitioned the government and been ignored – or found themselves tossed into nightly-news oblivion because the press or media refused to report on it.  I suspect the right went un-exercised because Americas were simply asleep at the wheel.   In any case, we have not seen any grievances redressed because we made the petition.

As we slowly head toward the 2020 election, we in America are beginning to wake up to our responsibilities as citizens:  to educate ourselves and to become involved in the political process because we, the people and not the government, hold the power in this country.    At the same time, we are becoming aware of government corruption on a mind-boggling scale and opposition to a duly-elected President unprecedented in American history.   Across social media, Americans are increasingly frustrated by reports of corruption without any serious government response.   The rhetoric on both the Left and Right are heating up to such a degree that we threaten to fracture as a nation if we lose our grasp on the rule of law.   Indeed, good, credible voices are already calling this a “cold” civil war.

My brother, Peter and I decided to mount the soap box and call for patriots to exercise their First Amendment right.   We propose a march on Washington to present the government with a petition for redress of grievances, not electronically, but in person.   Unlike simply posting memes on social media, the march is positive action by responsible citizens no longer content to take a stand just in bits and bytes.   The action we are calling for is peaceful and constitutional.   The march can – and will need to – involve a huge variety of skills and experience: those who can travel to Washington, those who understand political organizing, those who can address logistics, and keyboard warriors willing to coordinate an email and social media campaign at the time of the march.

We will be reaching out to men and women of faith, asking for prayer, because, as one meme put it, this is not just Republican versus Democrat.   It is freedom versus tyranny.   The march is not religious in any sense of the word.  But we would be fools to ignore the ancient wisdom that tells us where the Spirit of the Lord is, there is liberty.   And prayer is powerful.

We see the march developing in three steps.   We set up a website, Patriots Call to Action, and explain the problems, the remedy and the steps.   We are first seeking patriots to email us indicating they want to participate.   Once we pass a threshold of 5,000 patriots, we will hold online meetings and begin to organize regionally.    As we organize, we will agree to the terms of a petition – which specific grievances? – among  ourselves and coordinate the details of a march.

The website we put up has no page for donations.   We are not asking for money nor do we have a mechanism for accepting it.   We have trusted God for the resources needed to get this far and He has been faithful in His provision.

Politically, we fully support President Trump and the Make America Great agenda.  However, we also realize the inherent unfairness of expecting one man to shoulder the burden of correcting the ills of an entire country.    One man cannot do it alone.   Therefore, it is our duty as patriots, as citizens, to be fully engaged as citizens.    Government is something WE do.   It is not supposed to be something done TO us.

We are therefore calling on America to wake up!   We are calling on patriots to join us by signing up through our website.   Our email is listed on the website and we will be glad to answer any questions.   We urge all patriots to share information on this call to action with friends, family and neighbors.   We encourage all patriots to share information on this march on social media.  (If you want memes, we can provide some).   We urge men and women of faith to remember us in prayer.   But most of all, we call on American patriots to move beyond mere lip service to a man, a party or some high emotion.   We are calling on you to act in the cause of liberty.