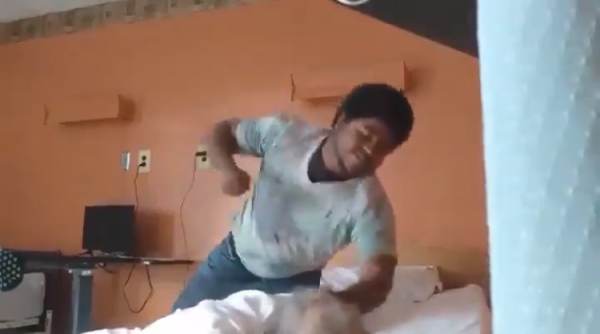 The man filmed himself beating the the elderly man, later identified as a 75-year-old veteran, in his bed until he was bleeding.

On Friday FOX 2 Detroit in Michigan spoke with the father of the Jaden Hayden after his arrest.

And the father then said this,

“He said his son called 911 and was taken to a mental health facility in Ann Arbor. Last Wednesday, he was diagnosed with COVID-19 and said he was supposed to be taken to another facility to be quarantined.

Did you catch that?

According to his father, Jaden Hayden was moved to the nursing home because he had COVID-19.

So not only was Jaden