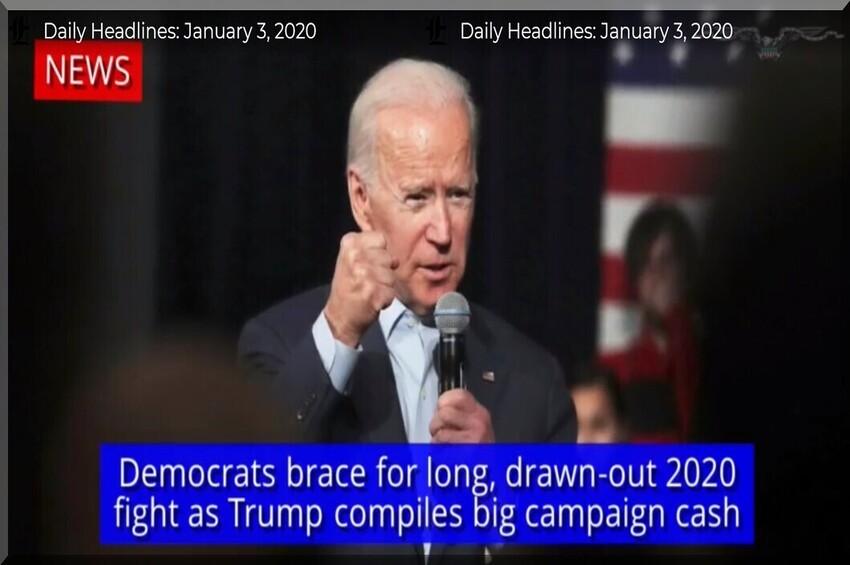 The 14-person Democratic field is now grappling with how President Trump’s decision to order the strike on the top general for Iran’s Supreme Leader Ali Khamenei will change the landscape of their campaigns.

Depending on how Iran responds and how Trump handles the crisis, Soleimani’s assassination could either reframe the primary and general election around foreign policy or leave Democrats on the defensive as Trump claims the attack as one of his major victories.

Initial reactions to the strike from White House hopefuls have ranged from cautious rebuttals from centrists condemning Soleimani, while lamenting the lack of congressional notification and questioning the Trump administration’s overall strategy, to comparing the order to a declaration of war.

“Trump promised to end endless wars, but this action puts us on the path to another one,” Vermont Sen. Bernie Sanders said.

“I hope the administration has thought through the second- and third-order consequences of the path they have chosen,” said former Vice President Joe Biden.

Aaron David Miller, a senior fellow at the Carnegie Endowment for International Peace, said the dynamics for the 2020 contenders amount to a wait-and-see proposition.

“If this goes south, if the Iranians respond by blowing up a U.S. Embassy” or other severe retaliation, “this is going to be judged to be a reckless and irresponsible act,” said Miller, a former State Department analyst and negotiator in both Republican and Democratic administrations. “If you don’t have that kind of severe retaliation, it may actually redound to Trump’s benefit.”

The 2020 candidates have largely escaped confrontation on foreign policy in a primary cycle dominated by domestic policy issues. The death of Soleimani will put their foreign policy principles to the test.

Biden argues that his half-century political career means he is prepared to deal with global powers on his first day in office. Former South Bend, Indiana, Mayor Pete Buttigieg, one of two veterans still in the Democratic race for the White House, promotes his military credentials to differentiate himself from Trump and his intraparty rivals. Meanwhile, Sanders and Hawaii Rep. Tulsi Gabbard have campaigned on “ending endless wars” in the region and elsewhere around the world.

Miller saw Democrats’ upset at Trump for failing to engage Congress before the strike as more of a political gripe. “The whole context of the way this decision was made was never going to involve the Democrats in Congress,” Miller said, noting that today’s polarized political climate elicits sharp responses that would have been absent in previous decades.

The Heritage Foundation’s James Carafano dismissed Democrats’ arguments that Trump’s move was an escalation because of the aggressive posture Iran has adopted for more than a year.

“It was a pathetic initial response from the president’s critics,” he said. “Trump’s numbers keep going up. People see him as a stronger, more confident president. When people hear ‘America First,’ what they hear is that you’re going to protect our interests rather than this ‘endless war’ junk, which I think is really irrelevant.”

Chest-beating by Trump, his campaign, and other Republicans after Soleimani’s killing doesn’t mean the general electorate shares the same sentiments.

Wars have been a political minefield for incumbent presidents seeking reelection. The conflict on the Korean peninsula between 1950 and 1953 hindered President Harry Truman’s ambitions for a second term, as the Vietnam War did for President Lyndon Johnson.

“This president for so long and during his campaign committed to withdrawing troops for the Middle East and what we’ve seen is him doubling down and sending more troops in the region, and now we see him take this action,” said Allison Peters, Third Way’s deputy director of the National Security Program. “I think that what we’re seeing flies in the face of the promises that he made even to his own base, and I think there is a real question of how this all might play out in terms of U.S. politics.”