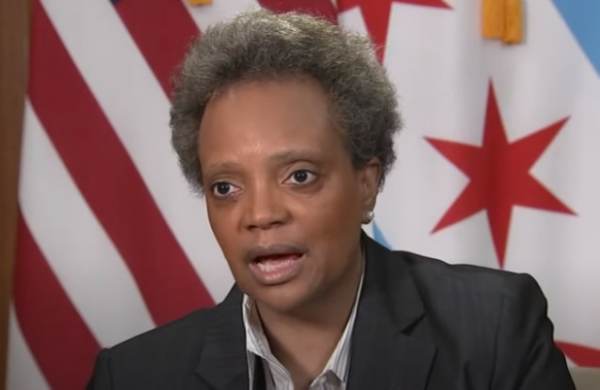 65 people were shot across Chicago this weekend as Mayor Lightfoot pushed for police reform and lectured the city on Coronavirus safety measures.

Four children were among the 65 people shot.

A total of 18 people died, including 2 children and a baby.

The weekend gun violence brought Chicago past 300 homicides so far this year, the benchmark that Supt. David Brown challenged the police department to stay under in April. Last year, the city didn’t break 300 homicides until early August, according to Sun-Times data.

A 10-year-old girl was fatally shot Saturday night when a stray bullet hit her inside a Logan Square home on the Northwest Side.

Earlier that afternoon, a 1-year-old boy was killed and his mother was wounded in Englewood on the South Side.

Earlier that morning, a teenage boy was shot to death in Humboldt Park on the West Side.

The most recent fatal shooting happened early Monday in Brighton Park on the Southwest Side.

A 21-year-old man was walking about 2:22 a.m. in the 4400 block of South Whipple Street when a male suspect approached him and shot him in the face and leg, police said. He was pronounced dead at the scene.

Nearly two hours before that, a man was found shot to death in Humboldt Park.

On Sunday night, a man was shot and killed in Garfield Park on the West Side.

The 23-year-old was found unresponsive with gunshot wounds to the hip about 11:04 p.m. in the 4500 block of West Maypole Avenue, police said. He was pronounced dead at the scene.

Earlier Sunday night, another man was killed in West Pullman on the Far South Side.

Last weekend 104 people were shot in Chicago, 15 fatally, including 5 children.