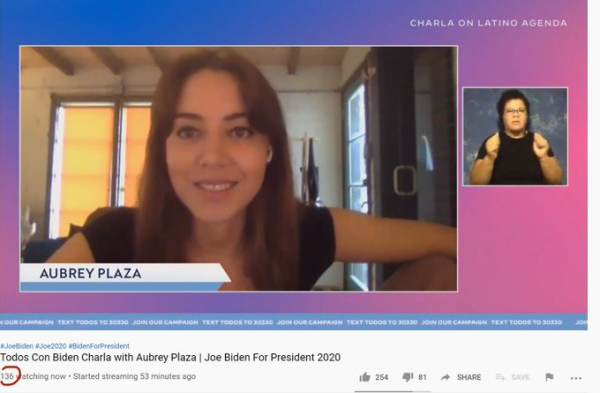 The Trump campaign took a dig at Biden and said that’s about the same number of Hispanics who go by “Latinx.”

That’s about the same number of Hispanics who go by “Latinx.”#NadieConBidenpic.twitter.com/P7s0pEeEtL

The Trump campaign has really turned up the heat on Biden in their new ads targeting the Hispanic community.

Latinos from South America and Cuba who have suffered under Socialist and Communist regimes have come to the US for a better life and they know “progressive” is code word for Socialism which = suffering and death.