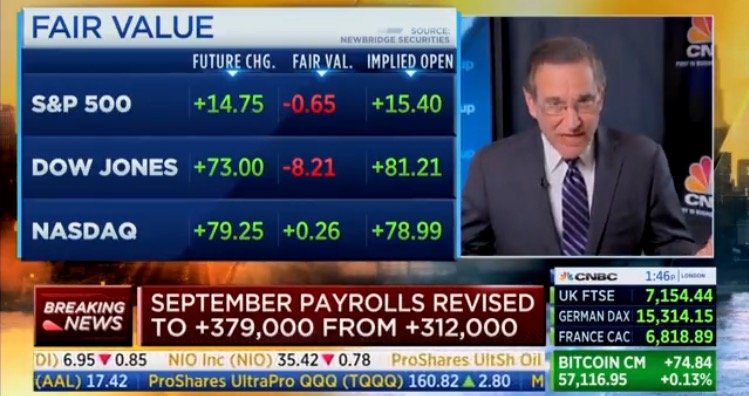 The November jobs report came out Friday morning and it’s a huge miss.

US employers added 210,000 jobs in November – less than half of what Wall Street expected.

This is the worst jobs report of Biden’s presidency.

The U.S. economy created far fewer jobs than expected in November, in a sign that hiring started to slow even ahead of the new Covid threat, the Labor Department reported Friday.

Nonfarm payrolls increased by just 210,000 for the month, though the unemployment rate fell sharply to 4.2% from 4.6%, even though the labor force participation rate increased for the month to 61.8%, its highest level since March 2020.

The Dow Jones estimate was for 573,000 new jobs and a jobless level of 4.5% for an economy beset by a chronic labor shortage.

A more encompassing measure of unemployment that includes discouraged workers and those holding part-time jobs for economic reasons dropped even more, tumbling to 7.8% from 8.3%. The household survey painted a brighter picture, with an addition of 1.1 million jobs as the labor force increased by 594,000.