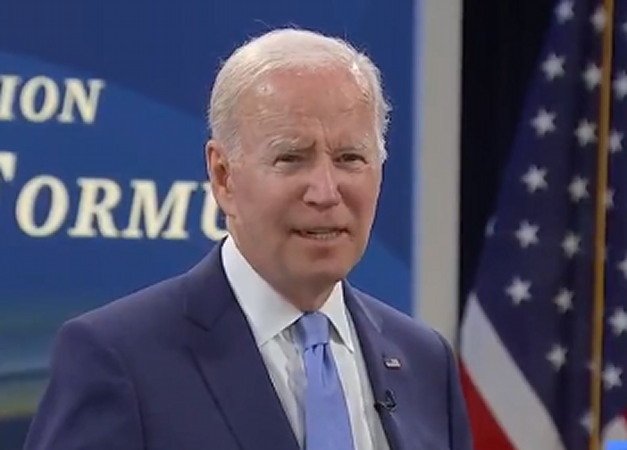 Democrats don’t seem too excited about the prospect of Joe Biden running again in 2024.

The Daily Caller recently asked every Democrat serving in the Senate if they would endorse Biden for reelection in two years.

They got a less than enthusiastic response.

From the Daily Caller:

We Asked All 50 Democratic Senators If They Would Endorse Biden In 2024. Only 5 Said ‘Yes’

The Daily Caller contacted all 50 Senate Democrats repeatedly and asked if they would support President Joe Biden in his 2024 presidential bid. Five Senators said “Yes.”

A spokesperson for Senate Majority Leader and Democratic New York Sen. Chuck Schumer responded to the Daily Caller with a one-word answer: “Yes.”

Spokespeople for Democratic Sens. Tim Kaine of Virginia and Jack Reed of Rhode Island responded in the same way: “Yes.”

Several members of the Democratic Party have recently cast doubt on Biden’s support for his presidential run in 2024 amid his desperate polling numbers.

This week, Democratic New York Rep. Alexandria Ocasio-Cortez refused to answer if she will endorse Biden, saying “we’ll take a look at it” when the time comes. Democratic officials and voters also cited the poor state of the country and Biden’s age as reasons they are hesitant to be fully behind Biden now in an article from The New York Times.

Of course, AOC isn’t part of the Senate, so she wasn’t included in this poll, but when asked the same question on CNN recently, her response was priceless. Watch:

Democrats are probably going to throw Biden under the bus in 2024.

The question is how they will do it. And what if he insists on running?