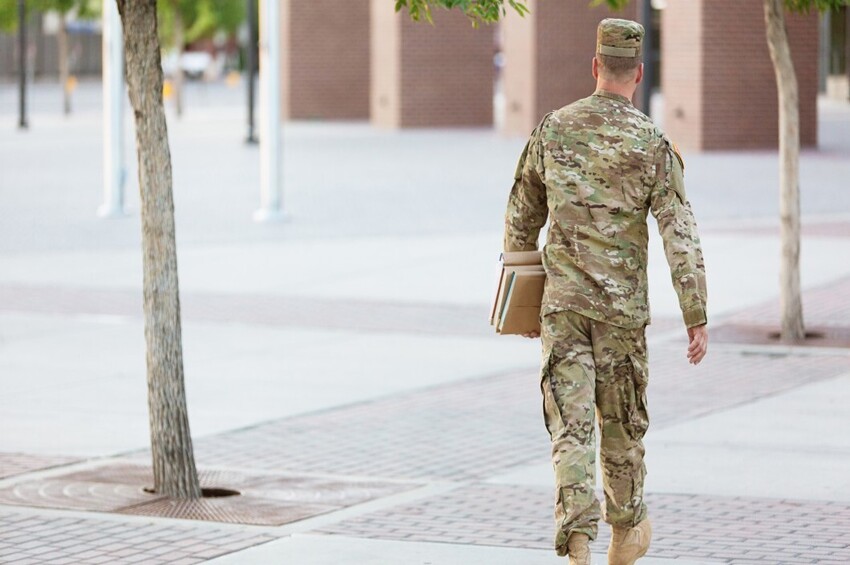 Activist veterans are helping their comrades seek upgrades to “bad paper” military discharges that disqualify them from key benefits that help them reenter civilian life.

“I think there is a growing sense that something needs to be done,” said Kristofer Goldsmith, 34, who advocates on behalf of fellow veterans. Approximately 500,000 living veterans from various wars have been discharged from the military under other than honorable conditions, says Goldsmith, who himself once had “bad paper” from his time in the Army.

Depending on the type of discharge, an “other than honorable” designation can bar former service members from Veterans Affairs healthcare, home loans, disability payments, and from GI Bill college money. Additionally, the “OTH” discharges confer a stigma that can limit employment opportunities and other aspects of day-to-day life.

The Department of Veterans Affairs in 2017 changed its policy so that former “OTH” service members could get mental health crisis treatment. In 2018, The Honor Our Commitment Act required the VA to provide mental health care to veterans with OTH discharges. Still, advocates say, much remains to be done.

“What keeps getting in the way is any change to the military justice system or helping these vets get services at the VA comes with a price tag,” Goldsmith told the Washington Examiner. “And there are some politicians who, when it comes to dollars and cents, don’t want the taxpayers to be responsible for more veterans than there already are.”

Tyson Manker, a Marine Corps veteran who received a “bad paper” discharge in 2003 for a single instance of self-medicating his PTSD symptoms, sued the secretary of the Navy in 2018, seeking to guarantee fair treatment for veterans who want to upgrade their discharges.

Last month, a federal judge denied the Navy’s request to dismiss the case. In December, the Navy was ordered to provide Manker, 38, with documents from the Naval Discharge Review Board that denied his request for an upgraded discharge.

The quality of discharge matters, military lawyer Jeremiah Sullivan told the Washington Examiner. Each brings varying levels of deprivation, from loss of education benefits to more serious censure. The worst is a dishonorable discharge, given for the most serious offenses, and prevents a veteran from owning a firearm and potentially from voting and having access to government assistance.

“I do quite a bit of those cases, and you see some pretty tragic ones,” Sullivan said.

Burke and Goldsmith together founded High Ground Veterans Advocacy in 2016 in order to help former service members, including those with “OTH” discharges. With several high-profile military cases receiving President Trump’s attention, they hope Congress will act to help reform the military justice system and make it easier for those with “bad paper” to plead their cases and have their benefits restored, especially those who suffer from post-traumatic stress disorder and traumatic brain injury.

“Right now, our primary concern is making sure Department of Defense and the VA are abiding by laws already passed,” Goldsmith said. “We know a lot of vets who are getting turned away at the door.”

It’s something both men know first hand. Burke, now 30, was given an “OTH” discharge following a PTSD-related suicide attempt in 2010. Goldsmith, too, received “bad paper” following his own PTSD-connected attempt to kill himself. 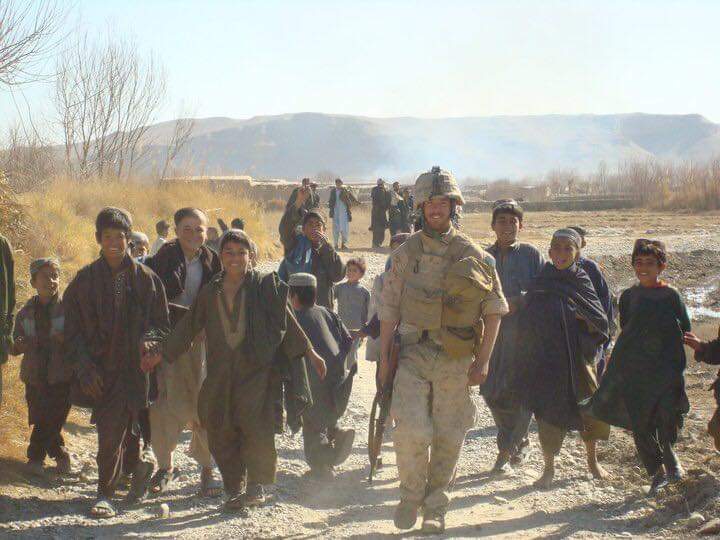 Marine Corps veteran Thomas Burke on patrol in Afghanistan in 2008, followed by local children. Several would be killed while attempting to bring him and his unit an RPG warhead. Courtesy of Thomas Burke.

The VA at first denied benefits to Burke, but then offered him help based on his service record. Burke enrolled in divinity school and is now an associate pastor for a church in Connecticut. In November, Goldsmith was given an upgraded discharge to the highest designation of “Honorable.”

Both men are keeping an eye on Manker’s class-action lawsuit and on other efforts, while themselves advocating on other veterans’ behalf.

Said Goldsmith: “To be told that your service wasn’t worth it by your country is really a terrible thing.”