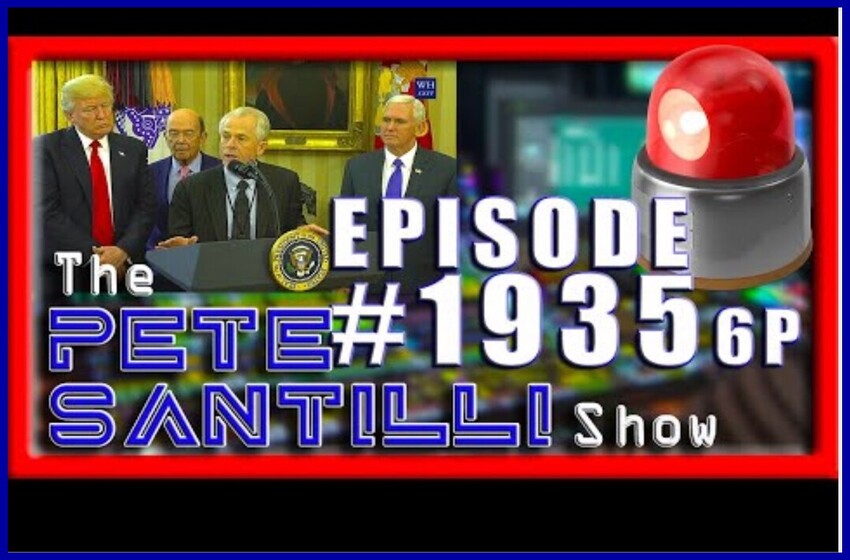 BOMBSHELL: Trump Administration Accuses China Of ‘Seeding’ Virus In West With Air Travelers -1935-6P The Trump administration is laying out its position on Chinese culpability regarding the Chinese coronavirus believed to have been released from the Wuhan bio lab. White House trade advisor Peter Navarro declared China ‘seeded’ the virus overseas by purposefully sending infected passengers via air travel to target nations. If you haven’t realized, this is biological warfare, an act of war. CDMedia wrote about this unfortunate reality in recent weeks. ACT OF WAR: Trump Admin. Accuses China Of ‘Seeding’ Virus In West With Air Travelers – The Pete Santilli Show http://ow.ly/sNHL30qGTpx GUEST: Ann Vandersteel is the President and Executive Producer of SteelTruth™ YourVoice,™ Inc., home of YourVoice™ America, the most popular conservative new media news and analysis show. Ann’s talents as a Media Broadcaster / Business Development / Project Manager specializing in online media broadcasting, corporate communications, have made her one of the most recognized names in the online media in the world. Ann also hosts #SteelTruth, a weekly news magazine, focused on topics mostly ignored or mischaracterized by the main stream media. Ann’s reputation for being a fair investigative citizen journalist has A-List guests and sources seeking her out to help expose complex stories while also offering opinions and solutions.