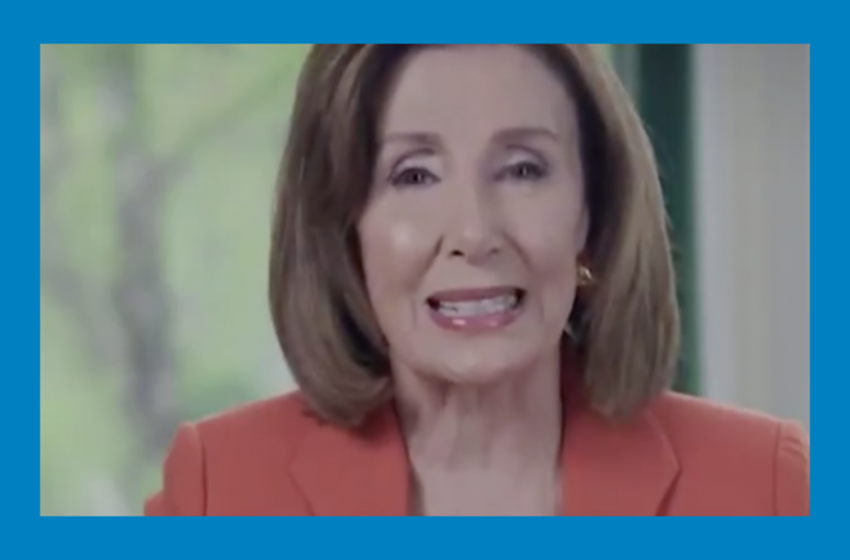 On Friday, new evidence emerged supporting a claim that then-Senator Joe Biden allegedly sexually assaulted a staffer in 1993. In past interviews, Reade stated that her mom (in 1993) called in to CNN’s Larry King Live to ask for advice on how to deal with the situation. Intercept journalist Ryan Grim quoted Reade as telling him: “I remember it being an anonymous call and her saying my daughter was sexually harassed and retaliated against and fired, where can she go for help? I was mortified.”

The Media Research Center uncovered the 1993 video and released it on Friday. On Monday, Pelosi announced her endorsement of Biden.

JUST IN: House Speaker Nancy Pelosi endorses Joe Biden for President of the United States, calling him “a leader who is the personification of hope and courage, values, authenticity, and integrity.” https://t.co/SXmHLD1FQG pic.twitter.com/A1KOrGyTPt

Pulling herself away from the ice cream at her house, Pelosi released a video not featuring her refrigerator that endorses Biden. In the video Pelosi calls him “a leader who is the personification of hope and courage, values, authenticity, and integrity.”

Former Joe Biden staffer Tara Reade has leveled disturbing accusations of sexual misconduct against the Democratic presidential frontrunner, they allegedly occurred when Biden was serving in the senate.