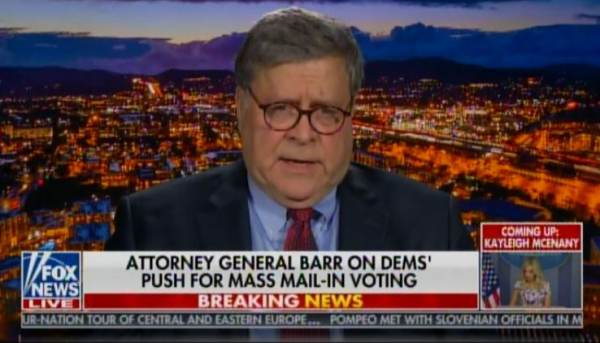 AG Barr was then asked about the developments in the John Durham probe.

Bill Barr said there will be an announcement on Friday.

AG Bill Barr: I’ve said the American people need to know what actually happened. We need to get the story of what happened in 2016 and 2017 now. That will be done. If people crossed the line if people involved in that activity violated the criminal law they will be charged. And John Durham is an independent man. Highly experienced… As I’ve said there’s going to developments, significant developments before the election… We’re aware of the election. We’re not going to do anything inappropriate before the election… And there will be developments. Tomorrow there will be a development in the case.

The Attorney General also said the results will be released but did not put a timeline on it. Barr did say the Durham probe will not interfere with the 2020 election.