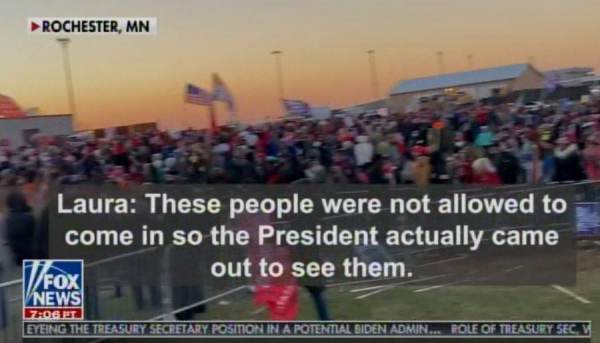 Minnesota Democrat leaders would NOT ALLOW President Trump to hold a rally with all of his supporters. Thousands signed up to attend the rally on Friday in Rochester but Democrat state leaders only allowed 250 people to attend…

So a crowd of THOUSANDS turned out anyway outside the event!

President Trump walked out to thank his supporters who came out but were not allowed into the rally.

Thousands of patriots cheered for President Trump and waited outside the venue during his speech. 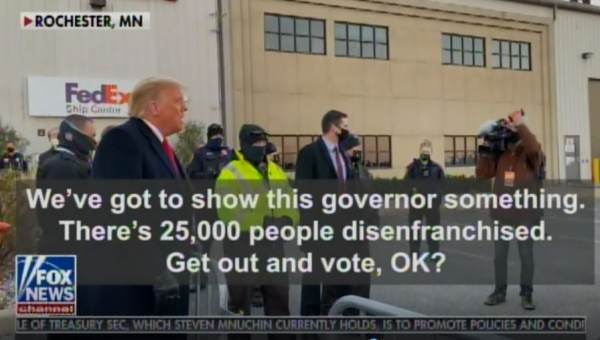 President Trump made stops in Michigan, Wisconsin and Minnesota.