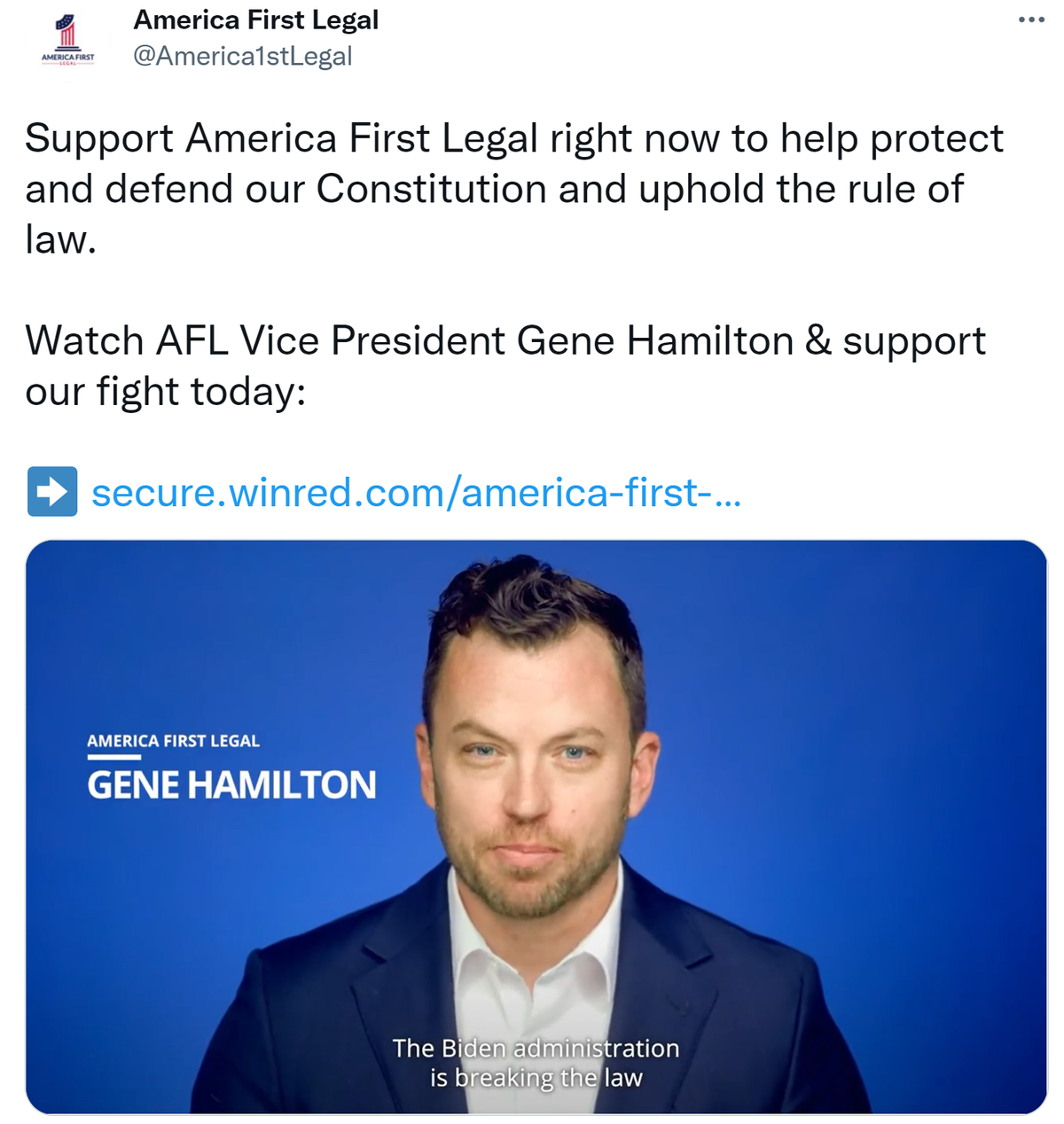 America First Legal & Texas Take Decisive Action To Stop Biden From Codifying “Catch-and-Release” at the Border Into Law: “Partnering with Texas Attorney General Ken Paxton and the State of Texas, America First Legal filed a motion for Preliminary Injunction in its case against the Biden Administration’s Departments of Justice and…”

America First Legal Releases Primer On Biden Administration’s Globalist Plan To Surrender U.S. Sovereignty To WHO: “AFL has strongly stated that any attempt, whatsoever, to bring any agreement into force in any way that violates the laws or Constitution of the United States or otherwise bridges the sacred liberties of the American people will be met with legal action. AFL’s comprehensive primer provides…”

Exposed – America First Legal Successfully Pushed Biden Administration To Release Agency Equity Action Plans: “When no agency had publicly shared its Equity Action Plan more than two months past the initial deadline, AFL submitted FOIA requests to most federal agencies for these documents to ensure that the American public could see exactly how the Biden Administration planned to reshape…”

AFL Sues Biden Admin For Records Relating To Leniency For A BLM Rioter And Arsonist: “Public faith in the Department of Justice depends on the perception that the law is enforced impartially. This case, however, is substantial evidence that the Biden Administration has infected federal law enforcement with partisan animus and racism…”

America First Legal Foundation is a national, nonprofit organization that works to promote the rule of law in the United States, prevent executive overreach, ensure due process and equal protection for all Americans, and to encourage the diffusion of knowledge and understanding of the law and individual rights guaranteed under the United States Constitution and the laws of the United States.