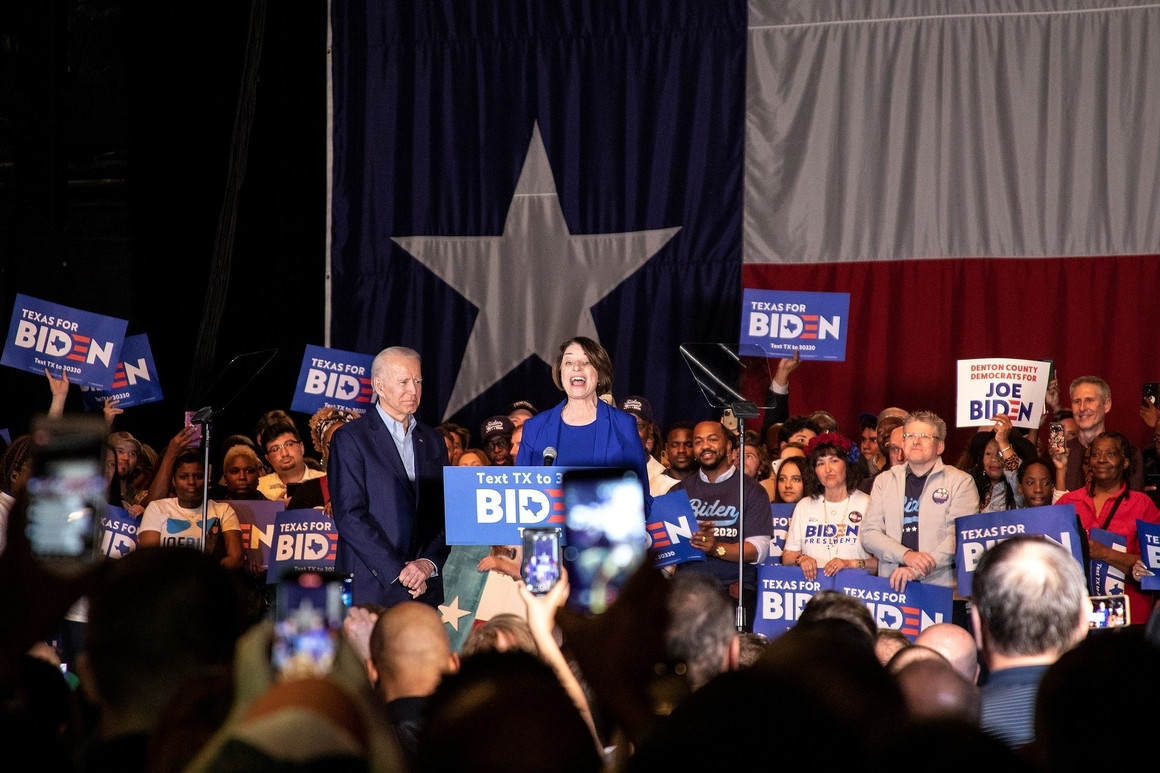 The day Senator Amy Klobuchar stood at the podium, in a raging snow blizzard, to announce she was throwing her hat in the ring for president in 2020, she was campaigning for a position on the Democrat ticket. The Vice President spot!

The DNC needs to win back the Midwestern voter in general and, more specifically, the two – times voter for Obama that cast a win for Trump instead in 2016. Klobuchar, going on thirteen years as a U.S. Senator, was impressive when she easily won her re-election in her state of Minnesota. Her campaign resonated with, primarily white, less college-educated voters in sprawling communities and cities. Just 59 years old, her pitch to the American voter was electability, experience, traditional Democrat values, but not too far left. Sound like anyone else in the race we know?

Her campaign slogan, “I can beat Trump,” and “I can unify the country,” garnished her around 10 percent of the initial popular vote, an eye-raising third-place finish in New Hampshire, and a fifth-place showing in Nevada’s primary. Even after coming in sixth in the South Carolina race, she was odds on favorite to win her state on Super Tuesday. So why did she drop out hours before the primary in her home state and get on a plane to Dallas to physically campaign on the ground for Biden while asserting her full-throated endorsement his way?

First, Klobuchar is part of the DNC establishment. This Club plays kingmaker and plots strategies for anointing the chosen one way in advance of the start of the race. Considering her record of outperforming other Democrats across her state, winning office three times, she has a proven track record of success. Already mentioned, she can appeal to specific demographic liberals lost and must gain back if they hope to ever compete in the electoral college. Her practical, no-nonsense, homespun persona appeals to white, blue-collar America, (Michigan, Wisconsin, Pennsylvania, and Ohio) who swung to Trump in 2016. In 2018, when Klobuchar was up for re-election to the Senate, she did 14 points better than Hillary Clinton in the state in 2016. “Moderate” is the virtual bubble drawn over Klochubar … again, remind you of anyone?

Then there is this to consider in hindsight. Amy’s stand out, media looped moments in the Justice Kavanaugh hearings. See the following video.

Now examine her competitive approach or game plan as a candidate. Klobuchar never directly went on the attack against Biden in the debates and offered up only respectful, lukewarm, love taps in media interviews. Biden was in her lane, the moderate not as far left lane, so why avoid bumper car straight head-on moves? Instead, she chose to take on Buttigieg, who may have had Midwestern roots but was not a true moderate or appealing to traditional Democratic values voters, especially black voters.

It was almost as if she was buffering for Biden in the debates on occasion and dusting up with Mayor Pete to divert focus on Biden’s vulnerabilities. Why not suspend your campaign two days later, after you can declare victory in your state? Why not tweet out I endorse Biden instead of immediately flying to Texas to shake hands and canvas for him? Feels almost too pat, yes?

Now ask yourself why Amy and not Pete on the lower half of the ticket? The answer is winking GENDER! The Club knows the young Mayor from Indiana has an obstacle that detracts from making him a viable Vice President choice on a Biden Ticket. Super Tuesday exposed that Achilles heel and is why he dropped out prior to Super Tuesday. Buttigieg cannot compete for black American voters in the South. And only barely in other parts of the country. He does even worse with Latino voters countrywide. But it is the down-ticket drag that gives the best indication that Amy, not Pete, is the chosen one for the lower half of the ticket.

Senator and House seats up for re-election in key states that would depend on white, less educated, salt of the earth, dare I say “Average Joe” types which are critical to flipping or holding on to key Democrat seats in 2020. Did I mention Mayor Pete is openly gay, making his sexual orientation a central theme and flauntingly so? The Mayor has offended Black Lives Matter, Evangelicals, and white men, just to name a few factions. He is not the easy sell nationwide.

Now add it all up. Biden is and always was a placeholder. His cognitive disabilities dictate if he were ever to hold the Presidential office it would be in name only. There would be a handler close and with cover (a Vice President) to act on his behalf most of the time. Biden has stated, and likely due to age and mental deterioration that he is willing to be a one-term president. This is how the Club would calculate the best outcomes.

This sets up the Democrat’s historic first-time, female Vice President in office who then runs in 2024. This assures down-ticket competitive chances. This delivers the white middle-class rust belt. This might avoid a brokered convention. And at the highest priority, blocks the socialist wing of the party’s hostile take over of the DNC. Remember, the Club controls all crowned victors, so the Biden/Klochubar or Joe and Amy ticket works from their perspective.

Like the Republican Establishment set out to collude with the left to destroy the Tea Party movement, Right Wire Report suggests the Never Trumpers are on board with the DNC establishment to do the same to the socialist wing. Politically it is the smart play, allowing the radical left to appear to have the power within the party and promote the transition and acceptance to “Democratic socialism.”

Knowing the lunatic fringe would expose and turn off the majority of the voters, and panic would lead to what looks like sacrifice and unification for the party. Stealth Amy might be the strategy in play. Remember that moment in the New Hampshire debate when the moderator set up the question?

“Whoever walks out of Milwaukee and the Democratic National Convention with the presidential nomination in July will be labeled. Would they mind what comes with it? In other words, do they worry about being defined as a “Democratic socialists?”

Stealth Amy was the only candidate on stage to raise her hand. What about Mayor Pete, Warren, Harris, Beto, Booker, and the rest of the band of “new young blood” on the Democrat bench?” The Cabinet has 14 seats. And what about Bloomberg? The rationale for his choice to spend half a billion dollars to look as if he is trying to win the presidency is multi-layered and needs a separate article just on that issue. But, it is safe to say a brokered convention where the odds favor Bloomberg go up with a Sanders/Warren ticket and decline against a Biden/Klochubar one.

Who does Klochubar remind me of?  Electable, experienced, average Joe, traditional democrat values, who will beat Trump and unify the party – Biden. And they may have run their races to date with a coupling in mind.