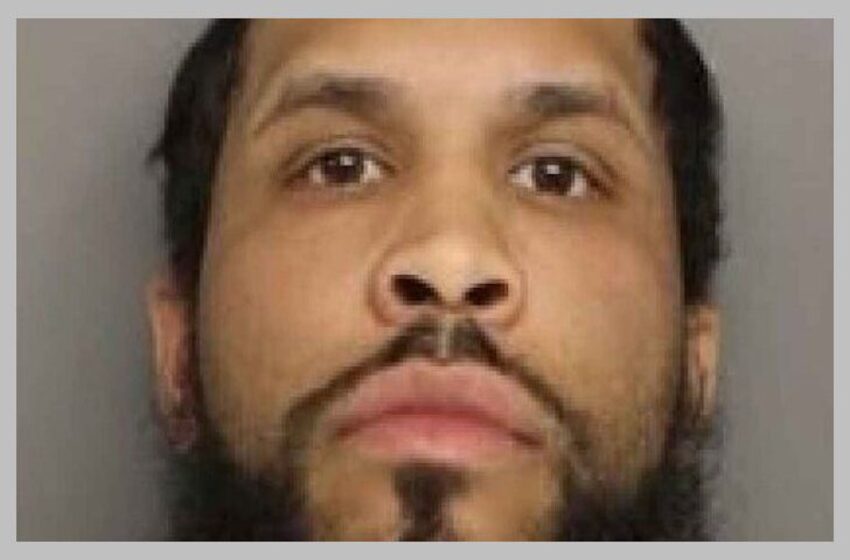 Al Qaeda Leader Came to America as a Refugee, and Applied for Disability for Bullet Wounds

After engaging in terrorism in Iraq, an Al Qaeda leader came to America as a refugee and applied for Social Security disability benefits because his “injuries” in Iraq had made it too hard for him to work.

In 2006, Ali Yousif Ahmed Al-Nouri was the Emir of an Al Qaeda terrorist group in Fallujah. The Iraqi city was the scene of brutal battles between Al Qaeda and America. It was where American soldiers had suffered the most casualties in any battle since the Vietnam War. Despite multiple defeats, Al Qaeda remained deeply entrenched in the city and was even able to seize a number of neighborhoods in 2014.

By then, Al-Nouri was living in Arizona.

Easy. He claimed to be a refugee from Al Qaeda.

In 2008, the United States raised the refugee admission celling to 80,000 to accommodate the surge of Iraqis applying to come to the United States. The Iraqis claimed to be fleeing terrorism, but some, like Al-Nouri were terrorists, and our refugee resettlement program was not interested in telling them apart.

A quarter of refugees that year were Iraqis. The Al Qaeda leader was one of 13,823 Iraqi refugees. The huge increase from 1,608 in 2007, made any real screening of the Iraqis all but impossible. And, worse still, Iraqis, like Al-Nouri, were in the top 3 refugee groups and their claims were processed ‘in-country’.

“In-country processing”, as noted by the Center of American Progress, makes “the process less onerous and cumbersome for Iraqis seeking asylum by allowing for in-country visa processing, making screening less restrictive.” And what migrants from Al-Qaeda’s stronghold needed was less restrictive screenings.

“The United States has a clear responsibility to support these brave Iraqis who have stood by us,” Senator Ted Kennedy had insisted.

And Al-Nouri, like many other fake refugees, pretended to be one of those imaginary Iraqis. He did such a good job of pretending that under Obama, the Al Qaeda leader became a military contractor.

The Emir’s job was training American soldiers preparing to deploy to fight Al Qaeda in Iraq (the group that would eventually be known as ISIS) about Iraqi culture.

But Al-Nouri claimed to have been shot by Al Qaeda terrorists and that he had 20 bullets in his body.

The 20 bullets might have been real, but they likely came from either the Iraqi or United States forces that Al-Nouri might have fought. The Emir had not only contrived to come to America as a refugee, but to make taxpayers foot the bill for his bullet wounds that he had picked up while fighting for Al Qaeda.

Despite the Al Qaeda leader’s supposed disability, he was able to work as a military contractor in California and to open a driving school, the A-Plus Driving School, in Phoenix.

1,050 Iraqi refugees were resettled in Arizona in 2008. Iraqis were the number one refugee group resettled everywhere from Alabama to Virginia. But Arizona had the highest share of Iraqis in any state outside Michigan’s Islamic enclaves. Al-Nouri became one of 12,329 Iraqi refugees operating in Arizona.

When Al-Nouri came to this country, Arizona was accepting the most refugees per capita of any state. Money for resettling refugees poured into the state which was happy to take in Muslims from Yugoslavia, then Sudan, and Iraq. The Iraqi community in Phoenix boomed. Along with Al-Nouri.

And the problems have been growing.

Last month, the 9th Circuit Court ruled that Mohammed Mostafa Altayar, an Iraqi refugee, could be deported after he had threatened another man with a gun and assaulted him in 2014. But that sort of thing hasn’t stopped Arizona politicians, including Republicans, from demanding more refugees.

Meanwhile, in Phoenix, even as the Al Qaeda leader’s driving school was touting, “peace of mind”, the refugee belatedly attracted government attention after flying to Istanbul: a common ISIS travel route.

FBI agents questioned Al-Nouri and appeared to suspect that he might have traveled to Iraq.

Now, Al-Nouri was finally arrested for extradition to Iraq, where he is suspected of the murder of two Iraqi police officers as the leader of an Al Qaeda group operating in Fallujah. While having Iraq request his extradition may be a simpler process than trying to bring him to trial here, it’s far from easy.

Last year, the FBI busted Omar Ameen, an Iraqi refugee in Sacramento, for his role in Al Qaeda and ISIS. But efforts to send him back for trial to Iraq have been stymied by an aggressive media campaign with the New Yorker and CBS News, not to mention pseudo-conservative sites like Bill Kristol’s The Bulwark and The American Conservative, launching a campaign in the alleged ISIS terrorist’s defense.

There is every reason to think that Al-Nouri will benefit from the same defense.

Iraqis in Phoenix have already come to Al-Nouri’s defense, describing him as a popular figure in the community. They claim that they had no idea that he could have been an Al Qaeda terrorist.

In a culture with massive extended families and tribes whose members do everything, whether it’s fighting Al Qaeda or joining Al Qaeda as a group, coming out of a major Iraqi city, Al-Nouri’s story would not have fooled everyone in his community. But Al-Nouri was far from the only terrorist to come to America as a refugee. We don’t know how many terrorists who pretended to be fighting Al Qaeda tricked the system to come to America. And we don’t know how many more are coming now.

The Pentagon, which had hired an Al Qaeda Emir to train troops deploying to Iraq, recently warned again that failing to bring Iraqi refugees to America will undermine our national security. Military brass complained that the FBI’s more intensive screenings were keeping too many Iraqi refugees out.

The number of Iraqis coming to America on special visas had dropped to a mere 3,000 in 2017.

The FBI found suspicious information on 87 out of 88 Iraqis who had been specially screened in 2018. Instead of praising the FBI for doing its job, the Pentagon complained that it was doing its job too well.

The battle over Iraqi refugees pitted White House advisor Stephen Miller against the Pentagon. The outcome is 4,000 refugee slots for Iraqis, some legitimate refugees and some Islamic terrorists.

Most governors, Democrats and Republicans, have indicated that they will keep admitting refugees.

On a quiet desert lot, in Surprise, AZ, the horrible surprise of an Al Qaeda Emir living next door in a quarter-of-a-million house should come as no surprise. It’s just refugee resettlement at work.

This is what they are doing, they are destroying it.

If anyone is thinking about voting Democrat, I suggest you read this proposal co-sponsored by 44 D’s, first. I guarantee after reading this you will never vote for another Democrat again. https://t.co/XOatX6fMv0