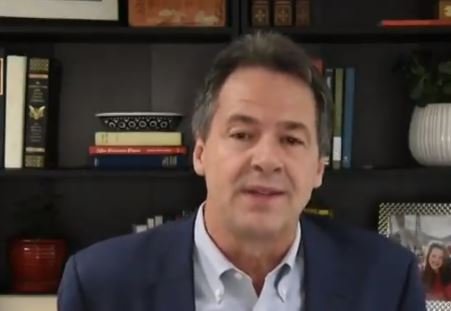 For several days now Democrat Joe Biden and his running mate Kamala Harris have dodged the question on their plans to pack the Supreme Court.

The Democrat strategy will effectively end the United States as we know it.

Biden is again asked why voters don’t deserve to know his views on court packing. He responds: “The only court packing going on right now is going on with Republicans packing the court right now … I’m going to stay focused on it so we don’t take our eyes off the ball here.” pic.twitter.com/E9H5rIXMX2

Of course, we know what this means.

Democrats are going to pack the US Supreme Court.

On Saturday night Democrat Senatorial Candidate Steve Bullocks in Montana announced that he favored the idea of packing the US Supreme Court with extra liberal justices.

WOW — Democrat Steve Bullocks comes out in FAVOR of the far-lefts dangerous court-packing plan — and Senator Daines OBLITERATES him for it#MTsen#MTpolpic.twitter.com/YSHmUF4tl7