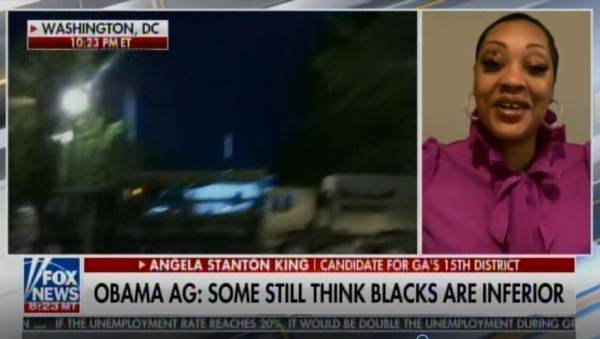 Angela Stanton King: I have to challenge that. Because if America is so bad why are they fighting to open our borders for all of these illegal immigrants to just flow into our country and have access to opportunity. So America isn’t as bad as they’re trying to proclaim it is to be.

You can donate to Angela’s campaign here.