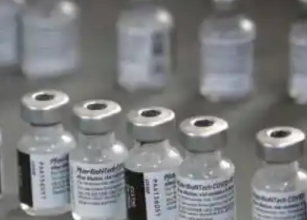 Dr. Joseph Fraiman has called for an immediate withdrawal of mRNA shots. Dr. Fraiman was one of the lead authors on a study last year that re-analyzed clinical trials done by Pfizer and Moderna. The study determined that there were dangers with the ‘vaccine’. At the time he didn’t call for a suspension of the mRNA. Instead he wanted more studies. Now he wants them stopped.

The study, which we have written about, found 1 in 800 shots had a serious adverse event.

At the time Dr. Fraiman published his study, he felt one study wasn’t enough to warrant pulling the Pfizer and Moderna shots. Since then “multiple new pieces of evidence have come to light” and he has re-evaluated his position.

He  noted that an article “published in the BMJ regarding the FDA’s own observational surveillance data found the messenger RNAs were associated with multiple of the exact same serious adverse events identified in our original study but the FDA had failed to inform the public of these findings.”

“In addition, now we have multiple autopsy studies that find essentially conclusive evidence that the vaccines are inducing sudden cardiac deaths. Yet the rate of these vaccine-induced deaths remains unknown.

“While many nations that have been using the messenger RNA vaccines have experienced an increase in excess mortality, more people dying than should be expected from past years and this correlates in time with the initial vaccine rollout and then with the subsequent booster campaigns. Nations with higher messenger RNA vaccine uptake have correlations with higher rates of excess mortality.

“While the cause of this excess mortality is not known, researchers analyzing this data were unable to identify any other reasonable cause of the excess death other than the vaccines.

“Given now the Omicron variant is less virulent and is able to evade much of the protection offered by the vaccines, this creates a situation where the benefits of the vaccine have been dramatically reduced for hospitalization and death.

“Together, this information calls into question if the vaccine’s benefits are outweighing the harm. I believe, given the information, the messenger RNA vaccines need to be withdrawn from the market until new randomized controlled trials can clearly demonstrate the benefits of the vaccine outweigh the serious harm we know now know the vaccines are causing.”

He also pointed out this autopsy study:

Here’s the autopsy study, 3 deaths categorized as likely vaccine-induced myocarditis deaths, and 2 possible. They found pathological damage in their cardiac tissue that’s never been observed in 20 years of autopsy reports at their institute. https://t.co/F1GWdYFLfx

People online said it was evidence of nothing. However, one must criticize the wisdom of mandating vaccines that don’t do what they say they do and cause serious adverse effects in some, especially youth who aren’t at risk from Covid.

Yes, the FDA Approved the New mRNA Booster on Data from 8 MiceSeptember 8, 2022In “Home of News, Politics & Opinion”