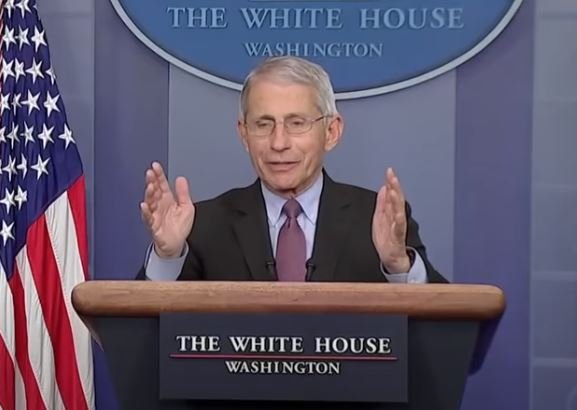 It should be clear at this point that NIAID Director Dr. Tony Fauci has been completely inaccurate with his predictions and extremely dangerous.

This one man was able to crush the greatest economy in world history — something our foreign enemies would envy.

Dr. Fauci made several mistakes during this pandemic the greatest being his lockdown plan and destruction of the US economy.

Dr. Fauci was promoting a garbage “scientific” model that predicted over 2 million US deaths — a completely nonsensical number based on the realities at the time.

UPDATE– THE LIST — Dr. Fauci’s 15 Deadly Mistakes and Contradictions — Including the Devastation of the US Economy Based on a Garbage Model

Dr. Fauci is using the  flawed argument to keep schools closed in America.

Several European countries started sending children back to school this past month.

Dr. Fauci has done enough damage. If he worked in the private sector he would have been fired a long time ago.

Senator Paul’s limited time for discussion precluded mention of data repeatedly demonstrating–from AustraliaThe NetherlandsSwitzerland, and France—that children, certainly those below 10-years old, are less likely to contract covid-19, and dramatically less prone to transmit the disease to others. Indeed, the journal Clinical Infectious Diseases (4/11/20) described a covid-19 infected 9-year old child, contact traced as part of a cluster of cases in the French Alps, who did not transmit the virus to 112 contacts at schools, or a ski class. “However” as the report noted“the high proportion of picornavirus and influenza infections among his contacts at the schools indicated transmission of those viruses within those settings.”

Although Dr. Fauci’s response to Sen. Paul closed with a grudging and passing concession to “the numbers” in children, his initial comments riveted upon what has been aptly characterized as pediatric panic porn(ography).

Right now children [are] presenting with covid-16 (sic), covid-19, who actually have a very strange inflammatory syndrome very similar to Kawasaki’s Syndrome[Disease]. I think we better be careful that we are not cavalier in thinking that children are completely immune to the deleterious effects. So again, I think you’re right in the numbers that children, in general, do much, much