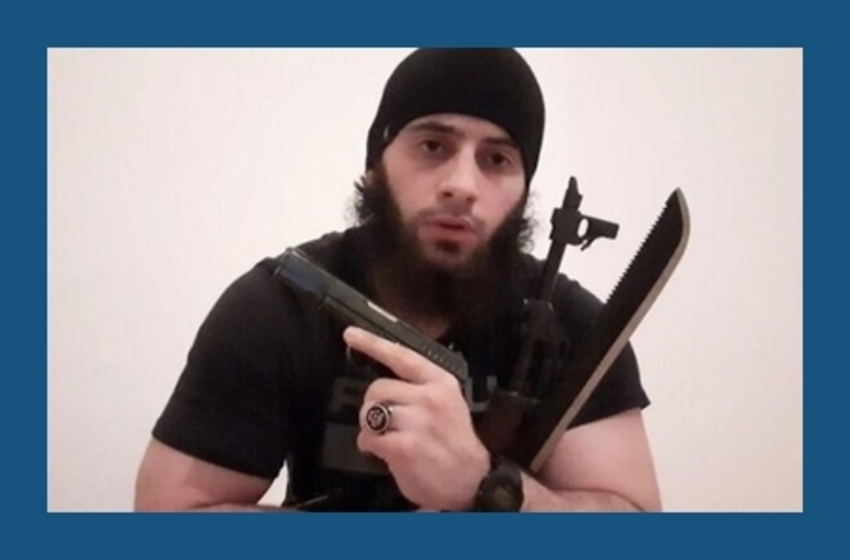 The flawed policy of releasing convicted terrorists before they have completed their sentences has once again struck a lethal blow. This time it happened in the Austrian capital of Vienna.

A man armed with a handgun, assault rifle, and machete attacked innocent civilians Monday outside the Seitenstettengasse synagogue, killing four and wounding several others including a police officer responding to the incident. Witnesses said they heard the man shouting “Allahu Akbar” during the attack.

The gunman was killed by responding officers within 10 minutes of the attack. Authorities are now investigating whether this was part of a larger terror network or a lone wolf acting on his own. The terrorist was identified as Kujtim Fejzulai, a 20-year-old with dual citizenship in Austria and Northern Macedonia.

Following the identification, the descriptive phrase “was previously known …” was once again uttered by investigators. Fejzulai had been convicted of providing material support for a terrorist organization following his capture in Syria when attempting to join ISIS. He was sentenced in April 2019 to 22 months in prison. However, because of his age and Austria’s lenient policies regarding youthful offenders, he was released in December having served just 8 months of his original sentence.

“He [Fejzulai] was young and enjoyed the privileges of the laws pertaining to minors,” said Austrian Interior Minister Karl Nehammer, explaining why Fejzulai was released early from prison.

Fejzulai managed to fool others regarding his radicalization. His attorney, Nikolaus Rast, said he saw his client as “completely harmless” after meeting in the 2019 case. Rast seemed to believe Fejzulai’s conversion to a radical form of Islam was the result of some unfortunate coincidence of fate.

“He was a young man who was searching for his place in society, who apparently went to the wrong mosque, [and]ended up in the wrong circles,” Rast said.

As ridiculous as that comment sounds, it does recognize that mosques, where radical imams are free to coax the vulnerable to the glories of jihad, can play an important role in the radicalization process.

It’s not the first time.

In 1994, Rashid Baz, a New York City cab driver, attended the Islamic Society of Bay Ridge mosque. While there, Baz listened to a fiery anti-Semitic sermon calling for the death of Jews, preached by one of the Imams. Following that experience, Baz attacked a van full of Orthodox Jewish students on the Brooklyn Bridge with automatic weapons, killing 16-year-old Ari Halberstam and wounding several others.

London’s Finsbury mosque offers another example of this phenomenon. It was there a former ex-con named Richard Reid heard the call for jihad by radical imams such as Abu Hamza, and responded in 2001 by placing an explosive device in his footwear and attempted to blow up an American Airlines flight from Paris to Miami.

Social media is another catalyst in the radicalization process.

Just before waging the Vienna attack, Kujtim Fejzulai posted a photo of himself holding a machete, a handgun, and an AK-47 on Instagram while pledging allegiance to ISIS leader Abu Ibrahim al-Hashimi al-Qurashi.

This was not Fejzulai’s first foray into social media. Officials had been monitoring him after he posted extremist missives on the internet prior to his 2019 conviction, and also after his December prison release, Nehammer said. He did not say why Fejzulai was not returned to prison after his internet activity was discovered. Perhaps that was not considered a violation of Fejzulai’s post-release guidelines.

Austrian security officials were notified in July by Slovakia’s intelligence services that Fejzulai had attempted to purchase ammunition there. That information was never acted upon.

Had it been, perhaps four innocent people would still be alive.

Nehammer is now calling for an immediate examination of the effectiveness of Austria’s de-radicalization program. We would hope that the examination results in changes, such as mandates for training staff to see through the “jail wise” cons used by incarcerated Islamic terrorists to feign rehabilitation, as Fejzulai did. We would also hope that stringent post-release conditions would be placed on every paroled terrorist.

A change in the laws governing early release of terrorists would also be a step in the right direction. The UK took that important step earlier this year after two terrorist attacks by jihadists released early from prison.

Both Usman Khan and Sudesh Amman were serving time in UK prisons for terror related crimes when they were granted early release under the UK’s older sentencing laws. After their release, they were separately killed by police as they mounted terror attacks, despite being under police surveillance. Khan stabbed at least two individuals to death on the London Bridge in November 2019; Amman stabbed two people in Streatham, London, in February 2020.

Waiting until another terror attack occurs before considering changes to counter terrorism strategies is a dangerous policy. Rehabilitation and de-radicalization programs are well-intentioned goals; however, they cannot be the primary goal in combating radical Islamic terrorism.

“Protecting the public is Government’s first duty…” as the UK’s Justice Secretary Robert Buckland reminded us in February.

And unless immediate security measures are taken to stop the prison door from opening early for convicted terrorists, more violent acts like these will continue. And that is unacceptable.

IPT Senior Fellow Patrick Dunleavy is the former Deputy Inspector General for New York State Department of Corrections and author of The Fertile Soil of Jihad. He currently lectures a class on terrorism for the United States Air Force’s Special Operations School.