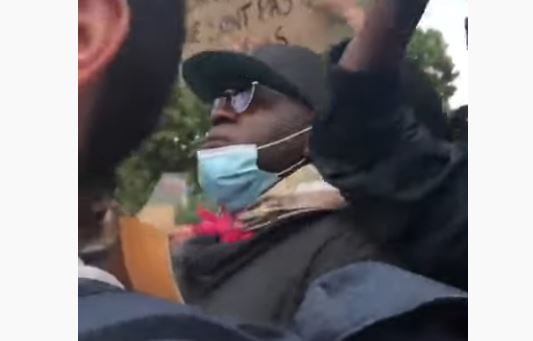 It’s not about the police.

It’s about bringing an end to Western culture.

Far left protesters in Paris chanted, “Dirty Jews!” at their rally in Paris this weekend.

Protesters shouted antisemitic chants, including “dirty Jews,” at a massive demonstration against racism in central Paris, France, on Saturday.

The incident, which was caught on video, occurred in response to a counter-demonstrators who dropped a banner in Paris’s Place de la République that read, “Justice for victims of anti-white crimes.”

The original protesters, who had gathered in the square to protest the death of Adama Traoré — a Malian French man who died in police custody in 2016 — shouted the antisemitic slogans in response.

Protesters were also seen wearing T-shirts with the slogan “Justice for Palestine” and waving Palestinian flags. Placards included the phrases, “Israel, laboratory of police violence”; and “Stop the massacres by Israel. Liberty and justice for Palestine.”