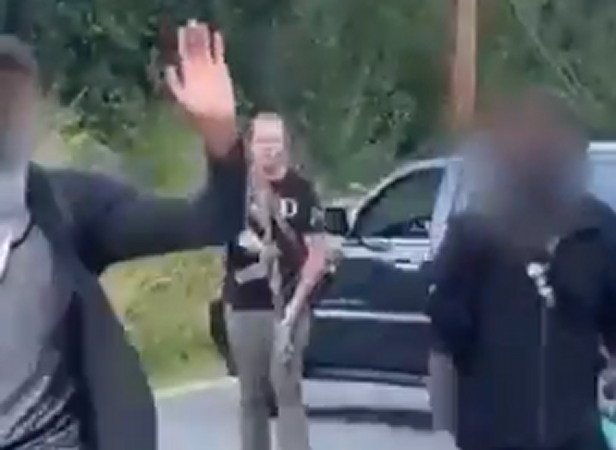 Some Antifa members decided to make their way into a Seattle suburb. They were headed to the home of the city’s police chief.

They were met by local residents who were armed and turned them away.

A group of about 200 protesters went to a quiet neighborhood that belonged to Seattle Police Chief Carmen Best this weekend, according to the Snohomish County Sheriff’s Office.

The incident occurred on Saturday night. The Sheriff Adam Fortney was notified around 8:30 p.m. and by the time deputies arrived, most of the protesters were already dispersing or already gone.

“When the people showed up to my house, it certainly felt very personal about me,” said Chief Best who was not home at the time. “It really does seem like a mob mentality, and bullying, to intimidate a public official.”

Jamie and Whitney Roulstone live on the quiet street and said 30 to 40 vehicles were wrapped around the corner.

Neighbors buckled down and used their own vehicles to block the protesters from moving further down the street where Chief Best’s home is located.

“It was not peaceful. They were here to intimidate. Scare people. Scare children. There were children out there and they were asking them what schools they went to. They were yelling the most horrible things you’ve ever heard in your entire life,” said wife Jamie.

The rioting savages don’t like it when the tables are turned on them.

People know that the police are being hamstrung by Democrat leaders and are taking self-protection into their own hands.

How do the Democrats think this is going to end?