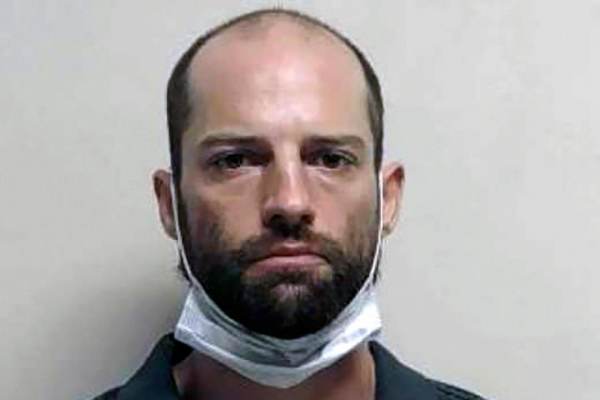 The Antifa terrorist who shot the driver of an SUV has been arrested on suspicion of attempted murder, aggravated assault and other charges.

A 60-year-old man in Provo, Utah was shot by an Antifa terrorist Monday night as he tried to escape a Black Lives Matter mob that had taken over an intersection and swarmed his SUV.

The driver reportedly suffered a gunshot wound to his arm, shrapnel in his eye and stomach.

The Antifa terrorist, Jesse Taggart, was identified after numerous citizens provided video and photos of the shooter to Provo Police.

Jesse Taggart also approached another vehicle, striking and breaking the window with his handgun.

We assisted Provo Police in locating and arresting Jesse Taggart. Incidents like these are not the way to make your voice heard and we are grateful this did not occur in Salt Lake City at the many protests he has attended. https://t.co/vfGagvl6Jq

A Utah man has been arrested on suspicion of shooting someone who was trying to slowly drive through protesters blocking traffic in Provo during a rally decrying police brutality.

Jesse K. Taggart, 33, of Salt Lake City, was arrested Tuesday night on suspicion of attempted murder, aggravated assault and other charges, authorities said. The driver of the SUV who was shot happened to be driving to a store when he encountered protesters and is not under investigation for any crime, Provo police Sgt. Nisha King said.

The 60-year-old man from Provo suffered a gunshot wound to his arm and shrapnel in his eye and stomach Monday night. He drove himself to an emergency room.

A woman who was with Jesse Taggart, Samantha Darling, was arrested on suspicion of obstruction of justice and rioting.