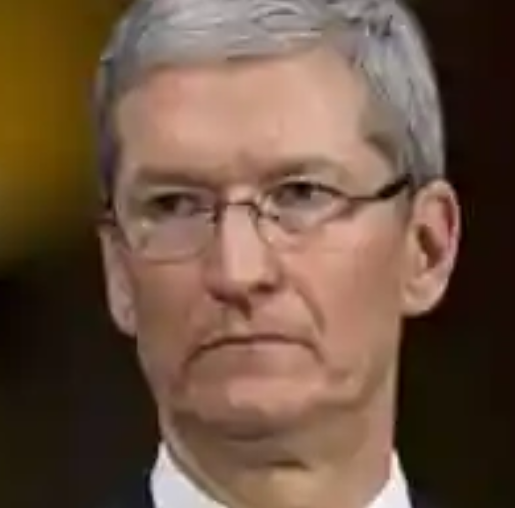 Why does Apple care if Musk wants free speech? When is our Country going to be free.

Apple’s Tim Cook, who gladly does business with Chinese Communists, will not okay free political speech in a country founded on free speech. He’s now going after Elon Musk the way he went after Parler.

Cook took down Parler as it was taking off and becoming a threat to Twitter. He claimed it was a violent platform. Parler was blamed for J6 when most planned the J6 rally and some planned a riot on FACEBOOK! He has called for censorship of fake news [which is anything on the right].

He’s a complete hypocrite, having refused to give up working with Chinese communists for a deal to bring the company back to the USA.

Cook is threatening to kick Elon Musk off Apple and won’t tell him why.

Apple has mostly stopped advertising on Twitter. Do they hate free speech in America?

Musk Responds to News of the Disinformation Governance BoardApril 28, 2022In “Home of News, Politics & Opinion”

Tim Cook took Parler down because he decided it wasn’t free speechJanuary 17, 2021In “Home of News, Politics & Opinion”