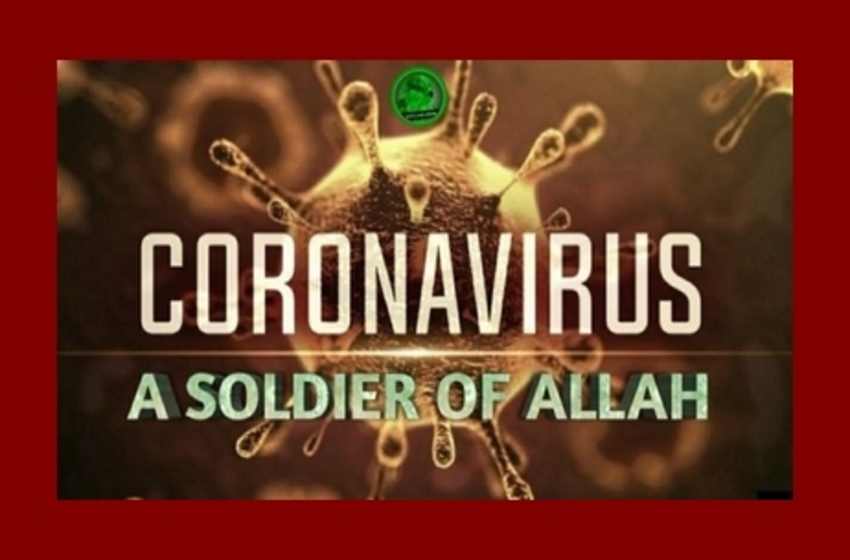 Jihadists often use the term “crusader nations” when talking about the West and Israel. ISIS expressed joy to see the West “on the verge of a great economic catastrophe” because of major government-imposed disruptions to economic and social life.

While the international community works to contain the pandemic, the Islamic State is seeking to exploit the Coronavirus crisis. There is growing concern among experts that the U.S.-led coalition to defeat ISIS in Iraq will divert its focus on counterterrorism as member states remain distracted by COVID-19.

With less international attention devoted to containing ISIS, the organization may step up its efforts to re-gain some of its former footholds across Syria and Iraq.

Last week, the Islamic State group warned its operatives to avoid Europe, to minimize chances for contracting COVID-19. The group even offers “Sharia guidance on dealing with epidemics.”

Like any other organization, the terrorist group is concerned for its fighters’ health. Yet at its peak, ISIS was orchestrating suicide bombings and operations that would lead its fighters to near-certain death. Today, the group is seeking to re-gain territorial control and conserve manpower by reducing high-risk operations. ISIS may be avoiding Europe for now, but the group remains dedicated to attacking the West.

Beyond the Islamic State, other Islamists have also sought to weaponize the coronavirus pandemic by labeling it as an act of God or Zionist-American conspiracy. When reports about the outbreak emerged, Islamists throughout the Muslim world referred to the virus as a “Soldier of God” striking infidels.

In a sermon last Friday, a Gaza-based imam, Jamil Al-Mutawa, preached that God started COVID-19 to kill infidels and Israelis, claiming that Muslims were least impacted by the virus.

“Look how anyone who schemes against the Al-Aqsa Mosque is being shattered to smithereens by the soldiers of Allah,” al-Mutawa claimed, adding “look how empty the [Israeli] cities are. Look how empty their streets are and look how crowded this mosque is. Who is it that has given us security and terrified them? Who is it that has protected us and harmed them? It is Allah!”

The imam noted that “there is not a single case (of COVID-19) in Gaza.” The next day, Palestinian health officials confirmed two cases of the virus in the Strip.

Other radical figures exploit the coronavirus for political and propaganda purposes. Senior Iranian leaders, including the Islamic Republic’s leader Ayatollah Khamenei, claimed that the United States developed the Coronavirus to hurt its adversaries. The leader of the Iranian-backed Houthi militant group recently issued a similar claim.

On Sunday, Iran’s supreme leader refused U.S. assistance to fight the deadly virus spread, suggesting that “possibly your (American) medicine is a way to spread the virus more.” COVID-19 has severely plagued Iran, with close to 2,000 recorded deaths from the virus.

Responding to Iran’s delayed efforts to contain COVID-19, one imam denounced global health officials as “infidels, Jews” and questioned “who cares about the world’s health!”

For radical Islamists of any stripe, either God developed Covid-19 to wipe out infidels, or the United States and Israel created the virus to target Muslims. Regardless of the narrative, jihadists like the Islamic State will attempt to use the pandemic to its advantage as the world’s priorities shift away from counterterrorism.