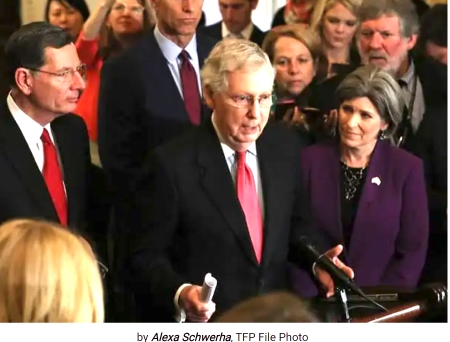 Republican lawmakers across the country are attempting to end academic tenure at public universities in an attempt to prevent the teaching of certain left-wing topics on American college campuses, but conservative professors warn that these initiatives may do more harm than good.

Lawmakers in Republican-led states have proposed or entertained ways to remove tenure to prevent controversial topics such as Critical Race Theory (CRT) from being pushed in the classroom. Professors, however, told the Daily Caller News Foundation that their plan could be harmful for conservative faculty as it could hand more power to left-wing administrators.

Texas and Florida officials both expressed interest in making it easier to revoke tenure in order to limit the teaching of CRT and end certain diversity, equity and inclusion (DEI) initiatives in public universities, while Mississippi and Georgia both implemented policies which change how tenure is awarded to and retained by professors. Bills to restrict tenure were proposed, but failed, in both Iowa and South Carolina.

Rob Jenkins, an associate professor of English at Georgia State University Perimeter College and author of “The Conservative Case for Tenure,” told the DCNF that the people trying to erase tenure don’t have an understanding of what it actually is.

“They think it’s a lifetime guarantee of a job, and that really isn’t true,” he said. “You can still be fired if you’re not doing your job or not doing a good job.”

Jenkins told the DCNF that while tenure once protected liberal faculty from conservative establishments, it now protects conservative professors from liberal institutions. He alleged that without tenure, he might have been fired “a long time ago.”

Republican Gov. Ron DeSantis signed a bill with several reforms to higher education last April, one of which permitted the Board of Governors to “adopt regulations for performance reviews of tenured professors to hold tenured faculty to the highest standard of accountability,” according to a press release provided to the DCNF.

“Florida’s students deserve a quality, affordable education and don’t need ideological activists and political organizations determining what they should learn,” DeSantis said in the release. “By ushering in strong curriculum transparency requirements and providing accountability for tenured faculty, Florida is standing with students and parents across our state.”

Nicholas Giordano, a professor of political science at Suffolk Community College in New York, told the DCNF that tenure “protects all professors” and “the idea of academic freedom.” He called attempts to revoke tenure a “short-sighted effort” and argued that it would only embolden the “far-left radicals” who run universities to “target conservative professors.”

“Tenure is important, and I think conservatives lose sight of it because there are people like me that believe in education, that will press students from liberal points of view to conservative points of view, it doesn’t matter,” he told the DCNF. “We just want to question students, get them to think critically, and when you take away tenure, you’re taking away academic freedom to do that.”

Tenure is “an indefinite appointment that can be terminated only for cause or under extraordinary circumstances such as financial exigency and program discontinuation,” according to the American Association of University Professors. Many universities require administrative and faculty reviews to examine a professor’s performance as suitable to qualify for tenure.

Republican Lt. Gov. Dan Patrick of Texas said in February 2022 that he intended to make removing tenure a legislative priority during the 2023 legislative year. His announcement came after the University of Texas at Austin’s Faculty Council voted to support teaching CRT.

“Tenured professors must not be able to hide behind the phrase ‘academic freedom,’ and then proceed to poison the minds of our next generation,” Patrick said in the February statement.

His plan includes eliminating tenure track for new professors and requiring review for already-tenured professors every six years. Professors who teach CRT would be dismissed, according to the statement.

Jeff Blodgett, president of the Texas Conference of American Association of University Professors and marketing professor at the University of Houston-Victoria, told the DCNF that lawmakers have a “mistaken belief” that faculty try to tell students what to believe.

“Faculty are going to be reluctant to explore controversial topics, and then to teach it in a meaningful way without just kind of glossing over it,” he said.

The Mississippi tenure process was revised in 2022 so that it is decided by college presidents and not the state’s Board of Trustees of State Institutions of Higher Learning, as was previously the standard. The Georgia State Board of Regents approved a policy to remove tenure from professors who have negative performance reviews. Tenured professors are required to undergo a post-tenure review within five years of being awarded tenure.

In the news: Biden Lawyer: Search Of Biden’s Home Turned Up Even More Classified Records

There are also concerns about how professors would be hired and retained if tenure is not permitted. Adam Ellwanger, an English professor at the University of Houston Downtown, told the DCNF that higher education institutions may instead hire on a contractual basis subject to the review of administrators and faculty who “are very woke, very committed to [diversity, equity and inclusion], very committed to restricting or chilling free speech on campus.”

Still, CRT and DEI remain at the forefront of legislative discussion. Republican Gov. Ron DeSantis of Florida recently ordered all public colleges and universities to submit reports outlining how they use state funds to support DEI and CRT programs, and Republican Gov. Sarah Huckabee Sanders of Arkansas signed an executive order on her first day in office banning CRT in state schools.

Jenkins said that while the majority of faculty still lean Democrat, they are not “crazy left wingers” and that the ones that make the headlines are only a minority.

“I would not be in favor of getting rid of tenure just to get rid of a handful of nut job leftists,” he told the DCNF. “I think there are other things we can do.”

He praised the University of Florida for its recent appointment of former Republican Sen. Ben Sasse of Nebraska. Ellwanger suggested that legislators defund select departments and ban mandated DEI statements which are used to affirm faculty commitment to such initiatives.

DeSantis, Patrick and the Mississippi’s Board of Trustees of State Institutions of Higher Learning did not immediately respond to the DCNF’s request for comment.