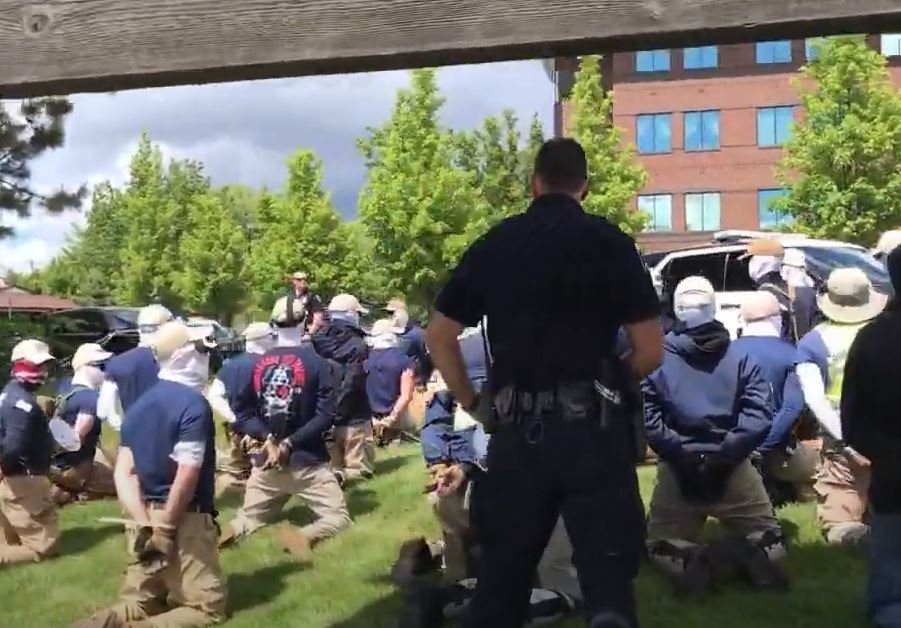 On Saturday 31 members of the Patriot Front group, an alleged white supremacist group, were arrested in Idaho on the way to a protest.

They traveling to a gay pride event with shields in the back of a Uhaul.

Following the arrest today a local police officer admitted that they knew about the planned protests because the Patriot Front was infiltrated by law enforcement.

For the record, has law enforcement ever arrested BLM or Antifa before one of their dearly and violent planned operations?

Since the Patriot front group first appeared on the scene earlier this year, The Gateway Pundit always suspected they had links to the feds. We were convinced they were infiltrated by the feds.

EXCLUSIVE: Many Ignored Crimes Committed by Members of the Patriot Front Provide More Evidence It is a Government Sponsored Group

EXCLUSIVE: DOJ Arrests 3 Individuals on Terrorism Charges Likely Linked to Patriot Front Group – But Others Were Let Go? More Proof This is Another Government Operation