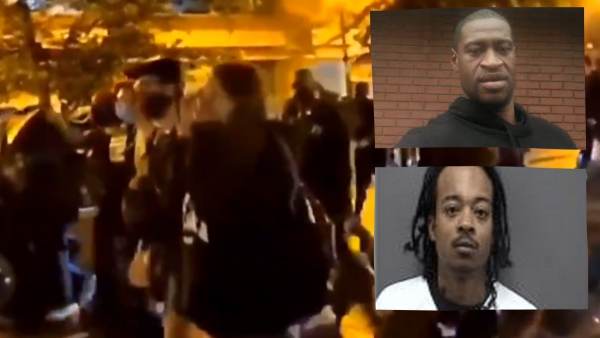 Black Lives Matter militants from all over the nation have gathered to spark chaos in Washington, DC, this weekend.

Overnight on Friday, the mob marched through the streets of the nation’s capital chanting, “who do we protect? Black criminals!”

“Who do we protect? Black criminals!” Protesters chant through several groups they defend in the community #DCProtests#BLM#DCpic.twitter.com/tPQrcxRpDy

Indeed, their martyrs have all turned out to be vile violent criminals.

Jacob Blake, the man who sparked the Kenosha riots, is a violent felon who was charged with third-degree sexual assault against his ex-girlfriend.

The mob was marching through the streets into Saturday morning attempting to wake people up who live in the area.

The previous night, they violently attacked an elderly supporter of President Donald Trump, Senator Rand Paul, and others.

Meanwhile, a Black Lives Matter leader in Portland shouted to a crowd that appeared to be in complete agreement that “a black person’s life matters more than a white person’s right now.”

Cheers could be heard from the crowd following her racist proclaimation.