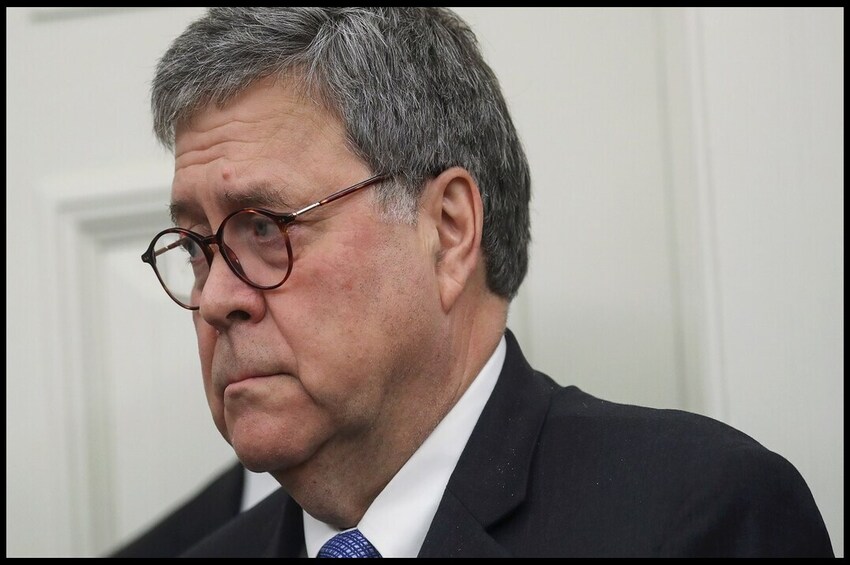 “Thank God we have the National Religious Broadcasters to counter that effort. You have boldly shown that media can serve higher ends: the safeguarding of faith as well as the cultivation of the classical virtues of the mind and heart that maintain our republican experiment in self-governance.”

In his speech, Barr said religion, decentralized government, and the free press once protected us against majoritarian tyranny, but those three moderating forces have declined in recent decades, resulting in political acrimony and a move toward despotism.

First, Barr noted that the Founders believed religion was “indispensable” to sustaining our free republic.

“How does religion protect against majoritarian tyranny?” Barr asked. He made three points:

— It put “moral limits” on people with the power to rule.

— The essence of Christ’s message counsels for modesty and restraint in secular politics.

— Religion tempers political acrimony by making clear that what happens here on earth is only transient, not eternal.

“Unfortunately,” Barr said, “this vital moderating force in our society has declined over the past several decades. In recent years, we have seen the steady erosion of religion and its benevolent influence.”

Barr turned next to the decentralization of government power as a vital check on despotism:

Barr used abortion as an example:

“When you take a controversial issue about which there are passionate views on both sides, such as abortion, and say we are going to have one rule nationwide, it is a recipe for bitter conflict over that rule…The result is our current acrimonious politics.”

Barr said we have lost “real diversity” in this country, “where communities can coexist and adopt different approaches to things.  That, too, erodes an important check on despotism.”

And finally, Barr turned to freedom of the press as a necessary — but now deficient — check on despotism:

“In 19th-century America, the press was so fragmented that the power of any one organ was small.  The multiplicity of newspapers, even in one city, cultivated a wide variety of views and localized opinion,” Barr said.

But times have changed:

Today in the United States, the corporate – or “mainstream” – press is massively consolidated.  And it has become remarkably monolithic in viewpoint, at the same time that an increasing number of journalists see themselves less as objective reporters of the facts, and more as agents of change.  These developments have given the press an unprecedented ability to mobilize a broad segment of the public on a national scale and direct that opinion in a particular direction.

This is not a positive cycle, and I think it is fair to say that it puts the press’ role as a breakwater for the tyranny of the majority in jeopardy.  The key to restoring the press in that vital role is to cultivate a greater diversity of voices in the media.

Barr said this is where religious broadcasters come in:

“You are one of the last holdouts in the consolidation of organs and viewpoints of the press.  It is, therefore, essential that you continue your work and continue to supply the people with diverse, divergent perspectives on the news of the day. And in this secular age, it is especially vital that your religious perspective is voiced.”

Barr told the gathering, “We need to support local journalism and local voices, and each of you needs to continue the great work you are doing.”