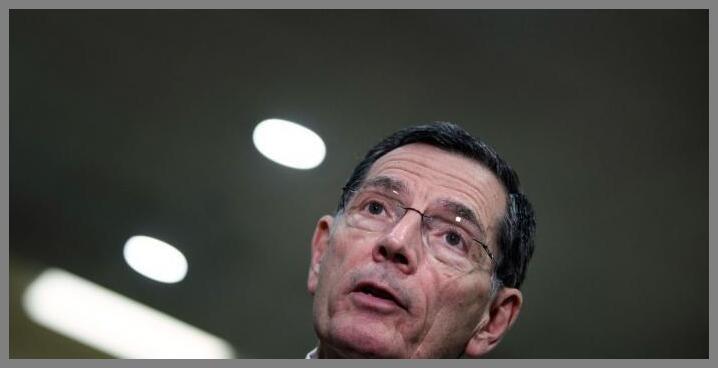 As CNSNews.com reported, Sen. Lamar Alexander (R-Tenn.) announced Thursday night that he will not vote for witnesses in the Senate trial, saying in a statement, “I worked with other senators to make sure that we have the right to ask for more documents and witnesses, but there is no need for more evidence to prove something that has already been proven and that does not meet the United States Constitution’s high bar for an impeachable offense.”

Sen. Susan Collins (R-Maine) plans to vote with Democrats for witnesses, while two other Republicans – Sens. Mitt Romney (R-Utah) and Lisa Murkowski (R-Alaska) are undecided as of Friday morning.

When asked what he thinks will happen with the vote on witnesses, Barrasso told Fox News, “We are coming to a conclusion of this, and I believe the president will be acquitted and I believe we will not be having witnesses. That vote will be held later today, but people realize, and Senator Alexander is absolutely right, impeachment should never be partisan.

“What we have here was a very partisan, political process, rushed through the House, political stunts being played by the House, and if there was any abuse of power, it was by the House with these impeachment articles,” the senator said.

“By the way, that was not the take of Senator Alexander, who did say that Democrats clearly made the case that the president acted inappropriately and did abuse power, but still, he is not willing to vote yes and call additional witnesses in this trial. This could go to a tie, Senator. In that case, we have to prepare for what may be next. Do you believe that Chief Justice would step in and break that tie?” Fox News host Sandra Smith asked.

“I believe he will not. A tie fails in terms of the issue of witnesses, this chief justice has followed the lines of Rehnquist in the Clinton impeachment trial, so I would expect he would not put his hand on the scale at all in this. This has been a completely partisan effort by the Democrats. It has been a political effort against the president of the United States, because the country is doing so well. The economy is doing so well. They themselves have said it may be the only way they can beat him,” Barrasso said.

“You’re there for the Super Bowl, and I will tell I think the Democrats may try to throw a couple of Hail Mary passes, so I can’t tell you on the timing, but the way that it is going to end is the president will be acquitted, found not guilty by the Senate.

When asked what those Hail Mary passes will be, Barrasso said, “They’ll try to delay things, possibly. They’ll try to maybe try to involve, invoke the involvement of the chief justice, and I think he will not take the bait on that. We have spent a lot of time on this, Sandra.

Barrasso said Murkowski will “make her own decision” on witnesses in the impeachment trial and will announce it on Friday “and certainly will when she casts her vote.”

“But with Senator Alexander’s decision, that seems to me to put it at the 50/50 that Ted Cruz just talked about. Lisa Murkowski would be 51-49 if she chooses to vote in that position, of not taking witnesses. The American people know we have heard enough,” the senator said.

“We have had nine days of trial in the Senate, 17 witnesses from the House, thousands and thousands of pages of documents, a process that is going on now for a long period of time, and remember, the House managers have continued to talk about overwhelming evidence. They say they have made their case. This is not a case that should rise to the level of impeachment,” he said.

“It’s not how the Constitution describes impeachment in terms of high crimes and misdemeanors, with bribery, treason. It is not there. I’m ready to vote to acquit the president of these charges,” Barrasso added.

“Senator, we will see if that happens. There could be a quick up or down vote on those articles of impeachment as soon as tonight. Lamar Alexander, when making his announcement that he would not be a ‘Yes’ vote on calling additional witnesses, talked about the precedent that this sets. How do you see that?” Smith asked.

“The concern I have is that the House has done a pretty shoddy job, flimsy evidence, rushed this, and then has put in the lap of the Senate and said, ‘You complete our homework project. You complete the issue of bringing in new witnesses, new evidence.’ That’s not what the Constitution says. The Constitution says it’s up to the House to make the case and that it is up to the Senate to vote yes or no,” Barrasso said.

“And I think if the House can do such a poor job and then force the Senate to do additional research, this is the kind of thing that could just lead to ongoing — the weaponization of the impeachment process in the future. Impeachment should be used so very rarely, but it’s been three times in just the last 50 years,” the senator said.

“We do not want this to become the routine in America, and the way that the House as I started to say, they abused their power by doing a poor job, a rushed job, putting together flimsy case, and then expecting the Senate to do their work for them when that’s not the way the founding fathers had envisioned. It’s for us to make the decision on the case that they bring, and I’m ready to vote and ready to vote to acquit the president,” he said.