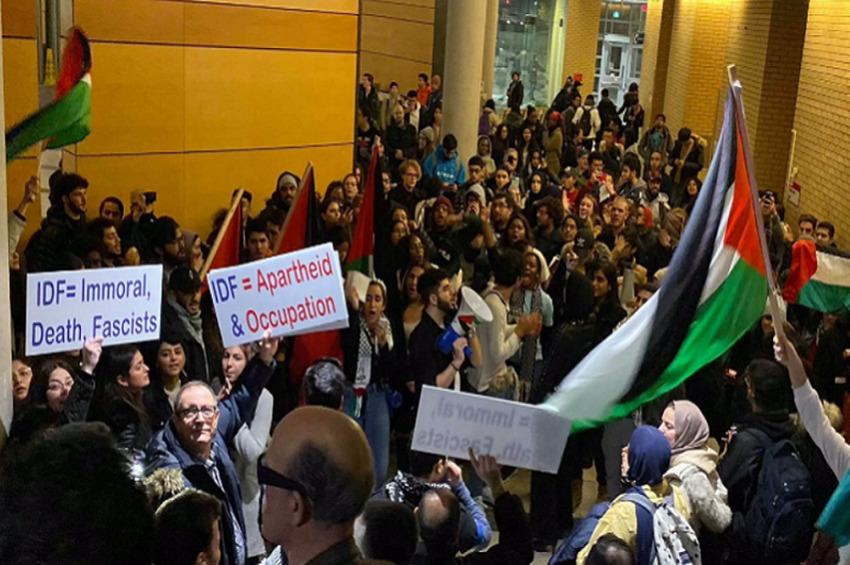 Anti-Semitic violence and hate at a Canadian university. by Daniel Greenfield

Daniel Greenfield, a Shillman Journalism Fellow at the Freedom Center, is an investigative journalist and writer focusing on the radical Left and Islamic terrorism.

“Go back to the ovens, go back to Europe!”

That was what Jewish students, pro-Israel activists, and Jewish community members heard in Vari Hall.

It was a Wednesday evening at York University. Students and community members had come out to a modernistic building on York U’s Keele Campus in Toronto to hear the stories of former Israeli soldiers. The volunteers with Reservists on Duty, two women and five men, six Jews and one Arab Christian, were there to conduct a dialogue and answer questions about their experiences in Israel’s battle against terrorism.