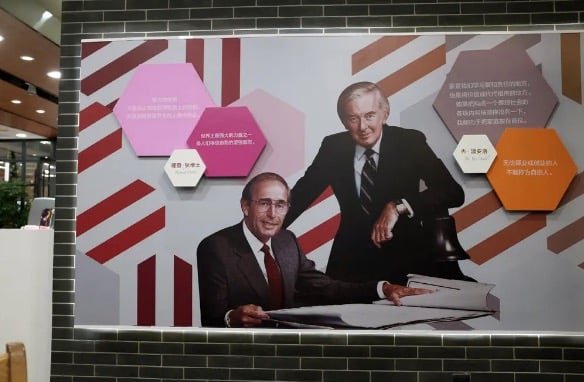 Betsy DeVos took a role in the Trump administration for four years and angrily quit on her way out, claiming that she no longer believed in the President and that he was ‘unconscionable’ after the January 6th protest. Eighteen months later when she wanted a coveted endorsement for her primary candidate for Michigan Governor, she was handwriting a lying glowing letter saying that she always loved the President and was just misquoted.

The Gateway Pundit exclusively obtained Betsy’s lying handwritten letter when no other media outlet could, and after they copied our reporting and took the images, they never cited to your Gateway Pundit.

The shift in Betsy DeVos’ tone towards Trump, many in Michigan believe, was the start of a campaign to prep moderate RINO NeverTrumper Betsy DeVos to run for statewide office in Michigan either as the U.S. Senate candidate at the next opportunity or as the candidate for Governor in four years.

RINOS WILL SAY ANYTHING TO STAY IN POWER

Yet her extensive financial ties to Communist China, which are mirrored by many other Michigan RINOs like RINO State Senator Mike Shirkey, have so far gone largely unnoticed.

One former Amway senior official came to the Gateway Pundit to warn Michigan and America that “Beijing Betsy should not be trusted!”

Betsy DeVos owns at least 12% of Amway, constituting the bulk of her estimated $2 billion net worth.

The 2012 goal of the Amway Corporation was to increase the share of their $12 billion in annual revenue to show a third of their revenue, or $4 billion, coming directly from sales to China.

The Chinese market are heavy consumers for two of Amway’s key products: water and air filtration. The Amway water filtration device is called “ESpring” and is essentially a UV lamp run over water. The Amway air quality device sells for upwards of $500 in China and nearly $1200 in the more lucrative U.S. market.

Many of the Amway products were created and patented in a division called “Fulton Innovation” that employed dozens of electrical engineers and others to conduct research and development for the Amway corporation. This division was shuttered in 2012 and most of the employees, primarily American workers, were laid off. The products produced by this division have been monetized in products for sale in China.

The American workers were laid