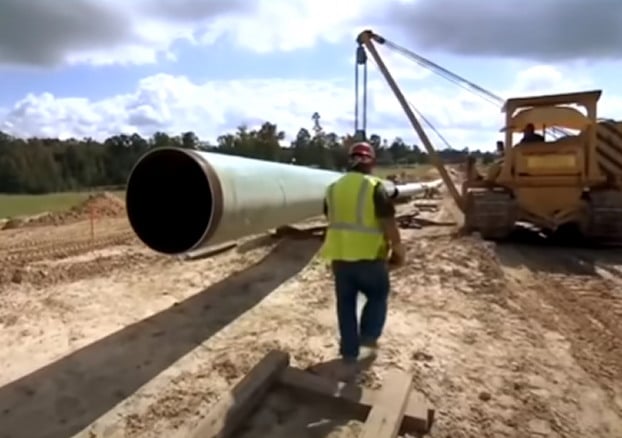 Remember when Joe Biden killed the Keystone Pipeline the minute he took office?

Well, a new report confirms what everyone already knew. This decision by Biden destroyed thousands of jobs and billions of dollars that would have been created.

Everything Biden does is dictated by the crazy, climate obsessed left.

The Biden administration published a congressionally mandated report highlighting the positive economic benefits the Keystone XL Pipeline would have had if President Biden didn’t revoke its federal permits.

The report, which the Department of Energy (DOE) completed in late December without any public announcement, says the Keystone XL project would have created between 16,149 and 59,000 jobs and would have had a positive economic impact of between $3.4-9.6 billion, citing various studies. A previous report from the federal government published in 2014 determined 3,900 direct jobs and 21,050 total jobs would be created during construction which was expected to take two years.

But immediately after taking office in January 2021, Biden canceled the pipeline’s permits, effectively shutting the project down.

“These policies may appeal to the woke left but hurt Montana’s working families,” he continued. “I’ll keep fighting back against Biden’s anti-energy agenda and supporting Montana energy projects and jobs.”

“Keystone XL project would have created between 16,149 and 59,000 jobs and would have had a positive economic impact of between $3.4-9.6 billion…” https://t.co/AgtyvqMl1K#FoxNews

Energy touches every aspect of our economy.

Biden doesn’t seem to understand this.