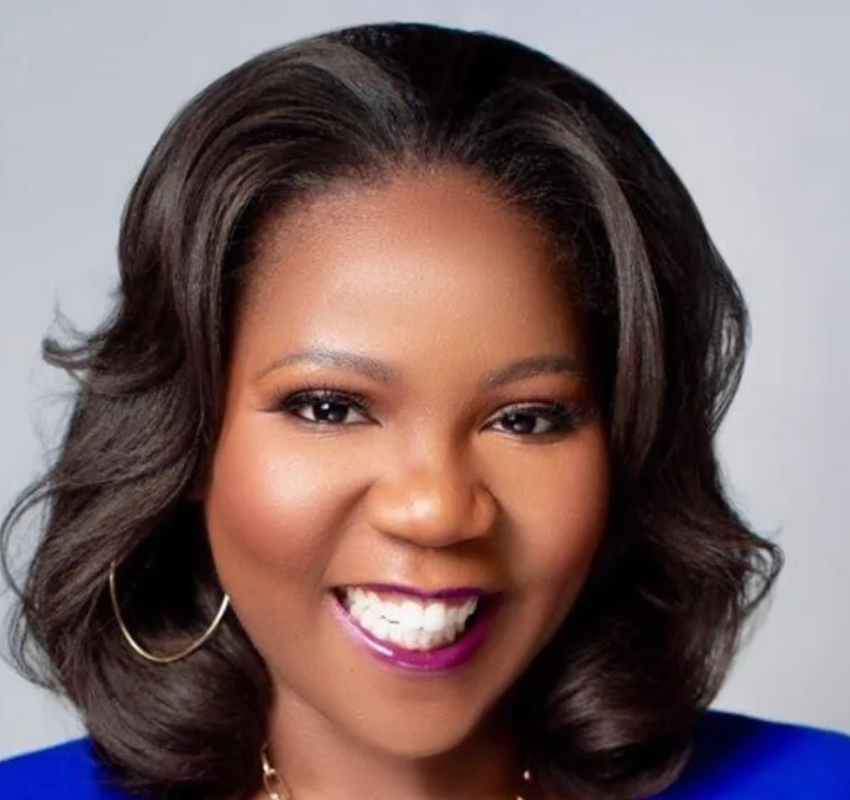 Adjoa B. Asamoah is charged with leading the evaluation of HUD’s policies and analyzing how they may contribute to racial inequity.

The Biden Administration has quietly tapped a ‘racial equity czar’ to work in the Department of Housing and Urban Development, charged with carrying out the agenda laid out in one of President Joe Biden’s first executive orders.

Adjoa B. Asamoah is HUD’s first ever senior adviser for racial equity and currently the only Black woman in federal government whose role is advising a Cabinet secretary, in this case HUD Secretary Marcia Fudge, on how public policy contributes to structural inequity and how to mitigate those impacts. News of her appointment comes on the 54th anniversary of President Lyndon B. Johnson signing the Fair Housing Act into law.

The appointment comes at a crucial political moment for the Biden Administration, which needs Democrats to maintain control of Congress in this year’s midterm elections in order to continue pursuing its agenda.

President Joe Biden was largely propelled to the White House by Black voters, particularly Black women, in battleground states such as Pennsylvania.

Asamoah graduated from Temple University in Philadelphia and is a member of Delta Sigma Theta Sorority, Inc. Her resume includes leading public policy campaigns and consulting with several members of Congress, including Rep. Cedric Richmond (D-LA) and Sen. Cory Booker (D-NJ), with whom she worked on the passage of the CROWN Act. That legislation, which passed the House in 2021, would ban discrimination in federal housing, funding and employment on the basis of natural hair textures or styles. She previously worked in the Biden presidential campaign as national advisor for Black engagement.

Inside the Biden Administration, Asamoah’s role is defined as bringing an understanding of the role that government has played in creating systemic inequities specifically in housing and urban development, and how those inequities ultimately contribute to a continuing racial wealth gap throughout the country. She’ll advise Fudge on implementing policies and creating strategic planning to address those gaps in both housing and development, all with a goal of moving toward racial equity.

Biden overcame a once-flagging primary campaign in 2020 largely with the help of Black Congressional leaders like South Carolina Rep. James Clyburn, who encouraged the now-president to promise to make racial equity efforts a hallmark of his presidency and to appoint a Black woman to the Supreme Court if a seat became available. Last week, Judge Ketanji Brown Jackson was confirmed to be the first Black woman justice to the Court; she’ll replace outgoing Justice Stephen Breyer later this summer.

Hours after his inauguration on Jan. 20, 2021, Biden signed his “Executive Order on Advancing Racial Equity and Support for Underserved Communities Through the Federal Government,” which stated that his Administration would use the federal budget and direct every federal department to “allocate resources to address the historic failure to invest sufficiently, justly and equally in underserved communities…”

On Feb. 28, the White House issued a fact sheet touting what it says are its successes in creating equity for Black Americans, including passage of the $1.2 trillion infrastructure bill, the American Rescue Plan, which the White House says cut poverty among Black children by a third and setting a goal of increasing federal contracting with small and disadvantaged businesses by 50% by the end of his term.

The document also specifically referenced several federal policies that could directly impact Asamoah’s role at HUD: an interagency plan to address systemic racism in home appraisals, which contributes to depressing home values and net worth in Black communities, requiring recipients of HUD funding to identify and commit to achieving fair housing goals and providing $25 billion in rental assistance under the American Rescue Plan, more than 40 percent of which went to African-Americans, according to the White House.

Last month, the Biden Administration rolled out its Property Appraisal and Valuation Equity, or PAVE, plan to address racism in the home appraisal industry, which costs Black homeowners billions in potential home equity. Data from Freddie Mac shows that 15.4 percent of homes in majority-Hispanic communities and 12.5 percent of Black neighborhoods are appraised for less than their contracted sale price, while only 7.4 percent of homes in majority-white neighborhoods are.

Fudge, who will be directly advised by the new racial equity adviser Asamoah, co-chaired the task force that devised the PAVE action plan.

This content is courtesy of, and owned and copyrighted by,  https://www.yahoo.com/and its author. This content is made available by use of the public RSS feed offered by the host site and is used for educational purposes only. If you are the author or represent the host site and would like this content removed now and in the future, please contact conservativechoicecampaign.com  using the email address in the Contact page found in the website menu.