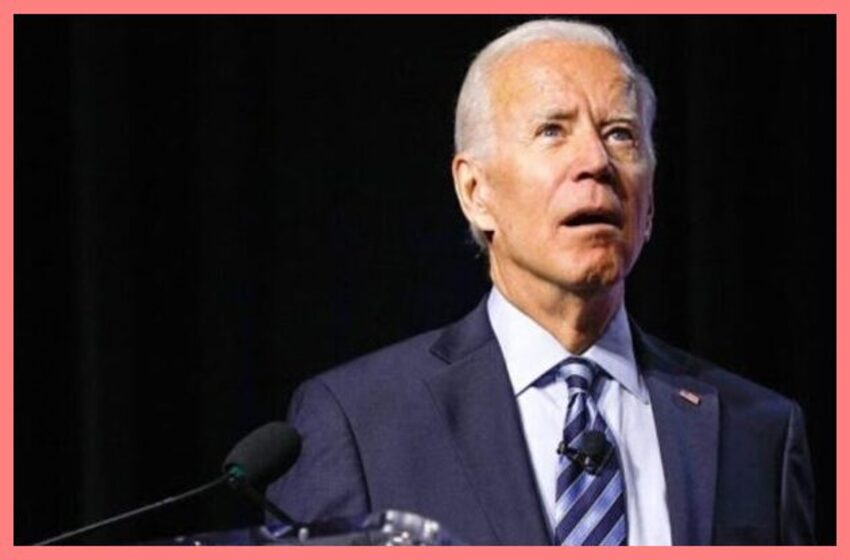 The left expects us to forget the last three years.

So it is over, we are told.

Joe Biden has stood by, undoubtedly overcome by his incredible dumb luck, and watched as a horde of candidates unacceptable to the Democratic establishment have, one by one, been summarily shown the door.

And now, poof, we are further told, the stench of socialism was all but eradicated from atop the Democratic Party on Super Tuesday, with the final fading embers extinguished in Biden’s wins on March 10. Yes, the story goes, the Democratic Party has now, overnight, been restored to something very different than what the voters have witnessed since Trump descended that escalator almost five years ago.

They have put all their chips on the table in support of an eight-high hand (in poker, the second-worst possible combination of cards), fearing the even worse seven-high hand they would have been dealt with Bernie. All opposition to the chosen vessel of the party elite has been eliminated. There is no longer a safety net. And unlike in poker, you can’t fold and everyone can see your hand.

Well, the Democratic Party will soon learn that they can run, but they can’t hide. They can pretend, as in that famous lost season of Dallas, that the last three years never really happened. They can gaslight you into believing you didn’t really see what you saw. They can tell you to believe them rather than your lying eyes.

But there’s a little problem with that. They are staring down the barrel of the 45th president.

Do you really think the president will not use, to employ the most absurd of the treasure trove of examples, Julian Castro’s call for transgender reproductive justice or Liz Warren’s wealth tax – or almost anything uttered by AOC and the Squad – to paint Biden’s party writ large as looney tunes?

With the aid and comfort of a remarkably pliable elite media, we are instructed to believe, because Bernie has been vanquished by the extraordinary maneuvers of the desperate party elite, that the same Democratic Party which has called for gun confiscation, open borders, taxpayer-funded health care for illegals, free college, student loan forgiveness, economy-crushing re-regulation of industry and a laundry list of additional promises adding up to tens of trillions of dollars, has now returned to the kinder, gentler, more “moderate” salad days of Obama. The party pathologically obsessed with destroying Donald Trump now expects the American people to be overcome with a case of collective amnesia far more widespread than the much-feared Coronavirus.

But that’s not all. Depicting Biden himself as some sort of harmless moderate is another narrative that will be destroyed by Trump.

Biden twisted himself into a political pretzel over the last year, trashing positions he held throughout his career in an attempt to convince the now-dismissed progressive wing of the party that he was one of them. More than once, he called himself “the most progressive candidate” in the race (think Trump won’t use that one, too?) and prattled on about his concern over climate change and other hot-button progressive issues he had never been interested in before. Biden’s own call to open the spigot for lawsuits against gun manufacturers, effectively shuttering the gun industry in America, is a more extreme position than Bernie or even gun-grabber extraordinaire Mike Bloomberg. And how about Biden’s newly minted Czar of Gun Confiscation, Beto O’Rourke? Could there possibly be a better lightning rod for Trump to exploit?

And then there is the smoking gun, or watershed moment, which might convict Biden in the minds of voters: when he, just like the rest of the radical field, raised his hand in favor of free, taxpayer-funded health care for illegal immigrants.

Yes, Biden’s last year of pandering, his veneer of moderation while bowing to every whimsical notion of the far left, will enable his opponents to seamlessly project the former vice president as confused at best, a sellout at worst, and most certainly a textbook career politician. And then, of course, there’s the cognitive dysfunction, leading to the obvious question of just how – or whether – he would be able to function in the most difficult job in the world.

But even putting aside the avalanche of gaffes, memory lapses, confrontations with voters and other disturbing signs of a man clearly in decline, if you look beyond the surface, you can see that Biden agrees with Bernie far more than he disagrees. Both have come out in support of universal health care, a fifteen-dollar minimum wage, raising taxes on the wealthy, forgiving student debt, underwriting college costs, and drastic action on climate change. Biden may truly believe in a more incremental approach, but now, the ample evidence of his months of rebranding as a progressive is there for all, including Trump, to see.

Joe has caught yet another break, with the Coronavirus shutting down a growing number of public events, providing plausible justification for why he will follow a limited campaign schedule – if the NBA is shut down, then I can’t interact with the public either – but this viral impact won’t last forever, and neither will Biden’s ability to explain away the truncated speeches and limited media availabilities his staff have openly admitted are central to containing his cognitive issues.

But he can still read a teleprompter, as he did Thursday in shamelessly exploiting the virus for political purposes by unleashing a naked, vicious political attack on Trump, acting as if the president invented the virus in the White House and delights in its spread, serving only to further disquiet a people already dealing with ample uncertainty and fear.

So the next time you see the sherpas at CNN or The New York Times guide you through the narrative of “moderate” Joe Biden and a Democratic Party which has finally regained its bearings and returned to its normal state of conventional liberalism, not to mention one that would never exploit a public health crisis, you need only think back to late February, or the three entire years before it, when the collective face of the party, carefully constructed by its most passionate patrons and parroted by their chosen nominee, was anything but moderate.