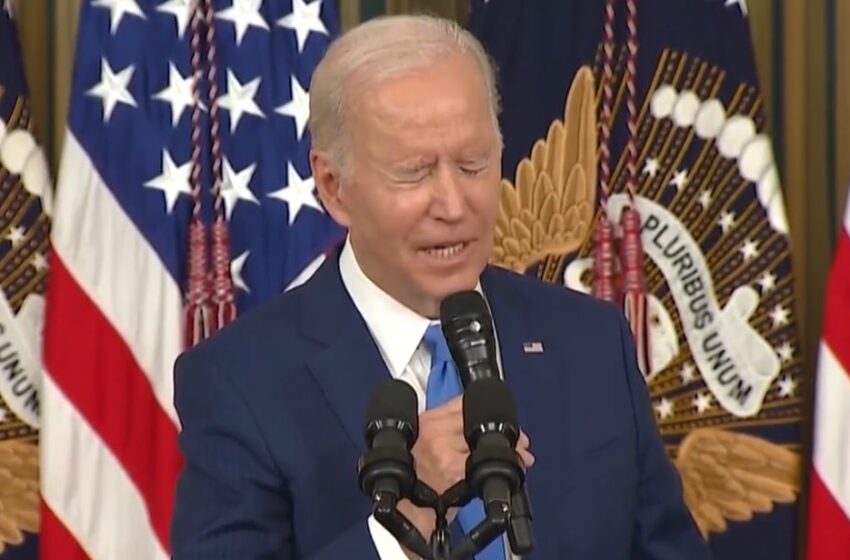 Joe Biden’s mishandling of top-secret documents is not the only way he has jeopardized America’s national security. He did something arguably even worse as vice-president.

New York Times best-selling author Ronald Kessler wrote an article in Tuesday’s Daily Mail detailing how. Biden was so obsessed with his so-called “regular Joe” image that he wanted the nuclear football traveling at least one mile behind his motorcade on trips to his Delaware home.

Had a foreign adversary launched a nuclear strike during those trips, America would have no way of responding in kind. This means America could have been wiped out thanks to Biden’s narcissism.

While Biden was vice president, he engaged in reckless and dangerous actions that threatened our national security far beyond mishandling classified documents.

Whenever Biden returned to his Wilmington home – often several times a week – he would insist that the military aide with the nuclear football remain at least a mile behind him in his motorcade.

Even with no traffic, it would have been impossible for the aide to catch up with Biden as he toured Delaware, meaning he would have been unable to launch a counterstrike in the event of a nuclear attack by Russia, China, or North Korea.

As revealed in my book ‘The First Family Detail: Secret Service Agents Reveal the Hidden Lives of the Presidents,’ Secret Service agents say Biden simply wanted to preserve his image as a regular Joe. A long motorcade would have projected the wrong image.

Never mind that if President Obama had been taken out. The country could have been obliterated by a nuclear attack because of Biden’s unparalleled irresponsibility and lack of judgment.

The nuclear football is a leather-covered titanium business case that weighs 40 pounds. Secured with a cipher lock, it contains a variety of secure phone capabilities and written options for launching nuclear strikes that the president may authorize.

The president authenticates his identity with codes found on a small plastic card he carries with him. In case the president is incapacitated or has died, an identical nuclear football is assigned to the vice president.

Calling Biden’s order to keep the nuclear football a mile away from him ‘alarming,’ a Secret Service agent who was then on Biden’s detail said: ‘He wants to be Joe and he does not want the vehicles around him.’