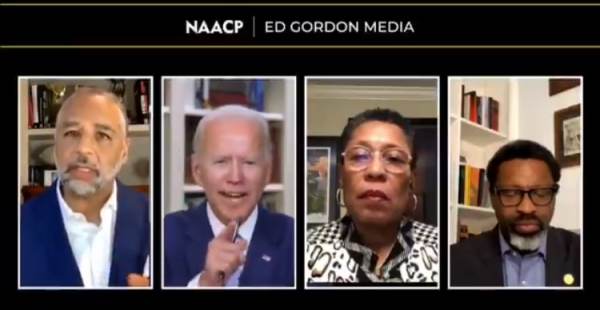 Joe Biden lost his temper on Wednesday during a NAACP virtual town hall when he was told some young people don’t like him.

Biden is not attracting the young voters.

Joe Biden snapped when he was asked a question sent in by a young person about concerns that a lot young people don’t like him.

“No! There’s no evidence! That’s not true!” Biden yelled as he pointed his finger. “Show me a poll that says that!”

Biden continued to argue with the host over the question sent in by a young voter.

Biden is too thin-skinned and unhinged to be president.