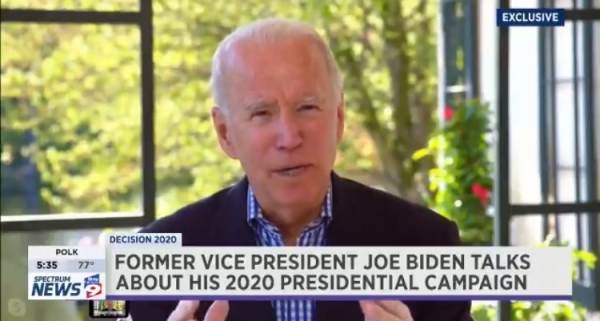 Joe Biden read pre-written answers from a teleprompter when asked about Tara Reade’s sexual assault allegation by a Florida reporter.

Megyn Kelly’s interview with Tara Reade will air on YouTube and Instagram pages, reported the New York Post, however a date has not yet been announced.

Biden denied the allegation as “flat out false” and read off prepared talking points from his teleprompter.

Biden appeared to read a pre-written answer from a teleprompter. pic.twitter.com/fPlQD3suKs

Court documents from 1996 reveal that Tara Reade told her ex-husband about Joe Biden sexually harassing her when she worked in his senate office in 1993.

A former neighbor has also went public declaring that Reade told her about the sexual assault in 1995.

Reade also told her mother about Biden and she subsequently called into Larry King Live for advice for her daughter.

This controversy is not going away any time soon, old Joe.