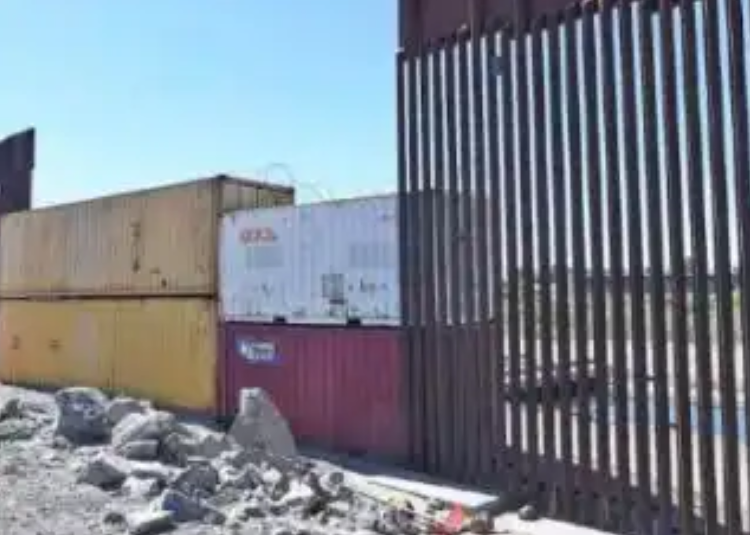 The Biden administration is demanding Arizona remove all the shipping containers blocking the invading marauders – future Democrats – from pouring in illegally. Biden is breaking the law, and he has the gall to demand Arizona let them all in illegally by removing the border barriers.

The U.S. Bureau of Reclamation sent a letter on Friday that some of the double-stacked shipping containers acting as border barriers are within its lands and those of the Cocopah Indian Tribe’s West Reservation without their permission. They are in the same location that the wall would be and the excuse is as phony as Joe Biden.

It’s against the law, says the lawless government.

The bureau wants them gone.

The government said they plan to fill in the gaps, and there is a contract out to do it. You can trust the government. It might take a decade, but they will come through with barriers or sorts after 30 million more pour into the country WITHOUT PERMISSION.

Leftists File a Lawsuit Against DHS Stopping Progress on the Border WallSeptember 25, 2017In “Home of News, Politics & Opinion”